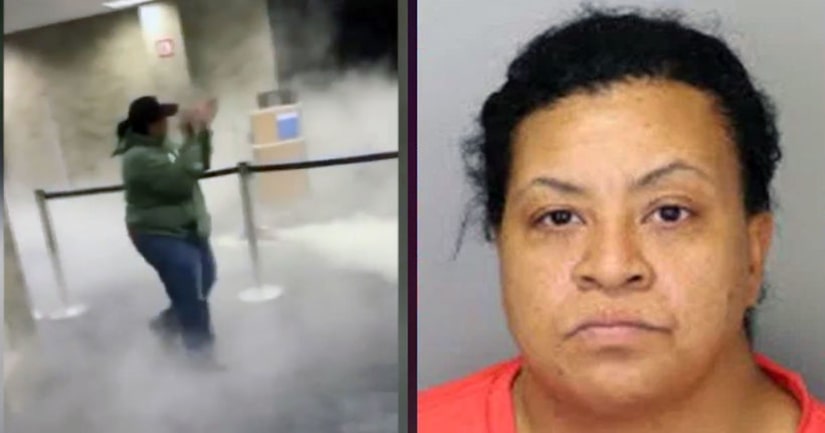 MEMPHIS, Tenn. (WREG) -- Tamiko Warner didn't just make a scene before her flight at the Memphis airport — she made a mess, turning over furniture and setting off a fire extinguisher that filled the airport gate with fog.

The man who filmed the rampage and posted it to Facebook said it was all over a $20 baggage fee.

"I don't care about going to jail. Whatever. This is worth it," Warner said in the video.

She carried on for nearly five minutes uninterrupted in the video, causing thousands of dollars of damage in the airport.

Warner is charged with disorderly conduct and vandalism. Her bond is set at $5,000.