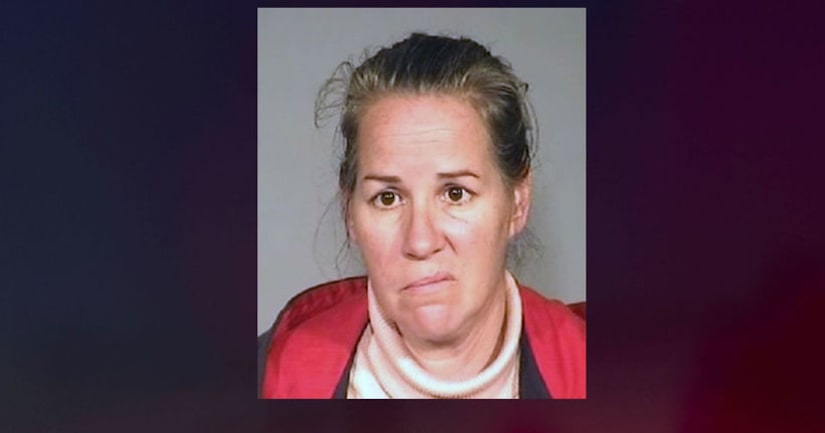 FRESNO, Calif. -- (KTLA) -- A Central Valley women whose young daughter was killed by a train had urged the child to cross under a temporarily stopped train car, police said in announcing the mother's arrest Tuesday.

Joy Frances Collins, 44, was arrested on suspicion of child neglect likely to cause great bodily injury or death, as well as trespassing, Fresno Police Department Chief Jerry Dyer said at a press conference.

Collins was with her 9-year-old son and 8-year-old daughter when they were trying to get to a bus stop about 6 p.m. Monday. A mile-long train that blocked their route slowed and eventually stopped, according to Fresno television stations KSEE and KGPE.

Just after the train came to a halt, Collins told her children that they had to “hurry ... or they would miss the bus,” Dyer said, citing a witness.

“The mother then told the 9-year-old son to cross the railroad track,” Dyer said. “The son then crawled underneath one of the rail cars to get over to the west side.”

Dyer said Collins then told her daughter, identified by the chief as Joyanna Harris, to follow, but the girl was reluctant at first.

“Upon being encouraged by the mother to cross the track, she too made her way underneath the rail car and attempted to get to the other side,” Dyer said.

It was then that the train lurched forward, Dyer said, leaving the girl “lodged” under the car.

“That child was pulled or dragged on the railroad for approximately 500 feet,” Dyer said.

Collins ran alongside the train and finally pulled her daughter's severely injured body from underneath the train when it stopped again.

Dyer said the girl was critically injured and partially dismembered. Joyanna Harris was pronounced dead at the scene, according to The Fresno Bee.

The mother said the family had gone under the train at least seven other times in past, the chief said. The also had past contacts with Child Protective Services, and Collins has a criminal history related to check fraud in the Bay Area, Dyer said.

Collins was booked into the Fresno County Jail Monday night.