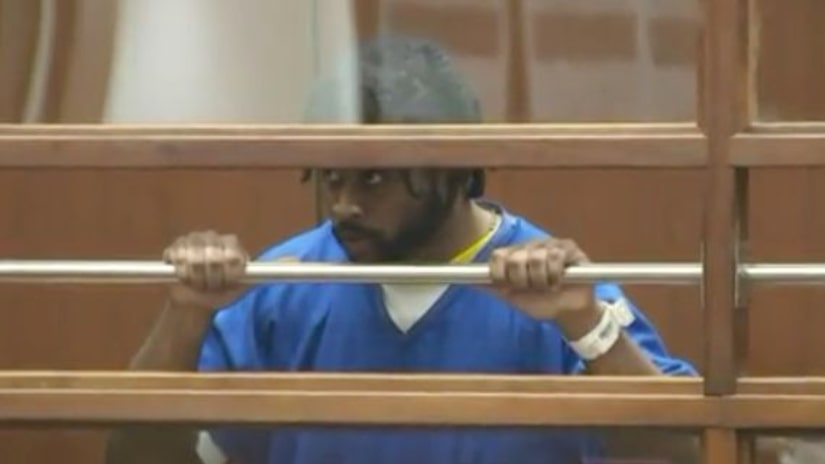 SILVER LAKE, Calif. -- (KTLA) -- The man accused of taking hostages during a deadly standoff with officers at the Silver Lake Trader Joe's in July pleaded not guilty on Monday, authorities said.

Gene Evin Atkins, 28, faces 51 criminal counts, including murder, in the death of a store employee struck by police gunfire during the July 21 incident.

He was also charged with attempted murder of a peace officer and kidnapping.

In a previous court hearing, L.A. Superior Court Judge Gustavo N. Sztraicher granted Atkins' request to represent himself. “I would like to go pro per," Atkins said.

On Monday, Atkins appeared expressionless while listening to the charges filed against him.

Holding a sheaf of lined papers, he told Judge Teresa Sullivan that he was "not competent" at the time of the standoff.

Asked if he was entering a not guilty plea by reason of insanity, Atkins repeated "not competent."

"I have no criminal record, but I have an extensive mental health record," he said, adding that he had bipolar disorder.