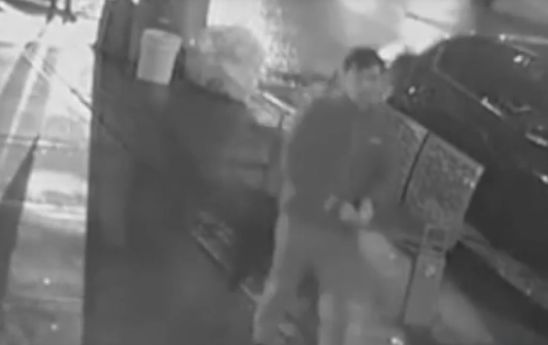 NEW YORK CITY -- (WPIX) -- A horrible incident of animal abuse was caught on camera in Manhattan.

Police are asking the public's help identifying a man seen on shocking surveillance video dumping a malnourished cat in a sealed bucket in Chinatown.

Police say the incident occurred near Hester and Centre streets in Chinatown, right outside the Animal Haven shelter, on Thursday at about 7:30 p.m.

"This poor kitty is in bad shape and, needless to say, is terrified," the shelter said in an Instagram post.