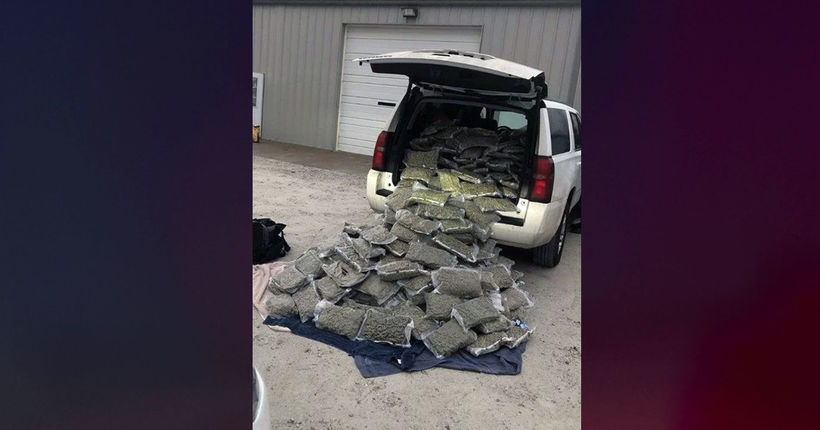 WGNO / Missouri Highway Patrol
When the troopers inspected the vehicle, they discover 301 pounds of marijuana in vacuum sealed bags in the back.

Troopers with the Missouri Highway Patrol pulled over a vehicle headed east on Interstate 70 in Cooper County for following too closely.

When the troopers inspected the vehicle, they discovered 301 pounds of marijuana in vacuum-sealed bags in the back.

The two men in the vehicle were taken into custody and booked into the Cooper County Jail. Charges are pending in the investigation.