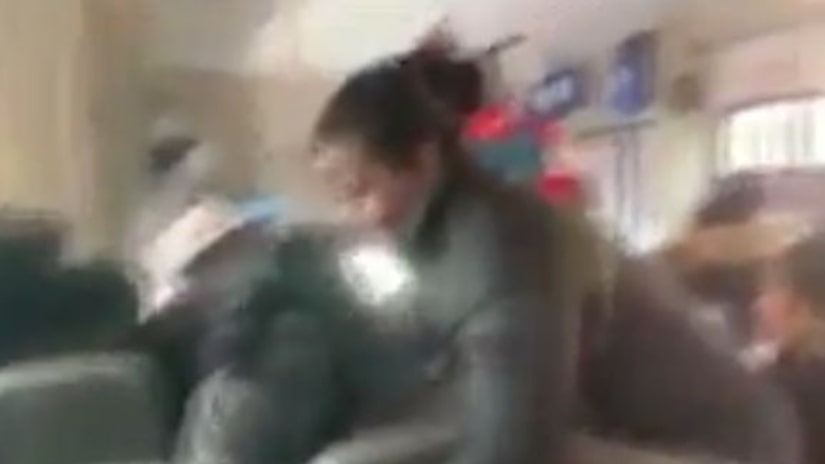 BROOKLYN, N.Y. -- (WPIX) -- It was a terrifying commute caught on camera. A dollar van driver trying to escape from police took passengers on a high speed chase earlier this month. Now other drivers are calling on the NYPD to step up enforcement to help bring the under-regulated industry under control before someone gets hurt.

The panicked cries of commuters filled the dollar van as it sped through Flatbush on the morning of Dec. 3.

The now viral video has nearly 1-million views. In it, passengers beg the driver to stop the van while he tries to escape from Sheriff's Deputies and police officers.

The Sheriff's Department says the chase started when the driver ran a red light, then took off as the deputies tried to pull him over. Eventually the driver does stop the van, then takes off on foot with officers and deputies giving chase.