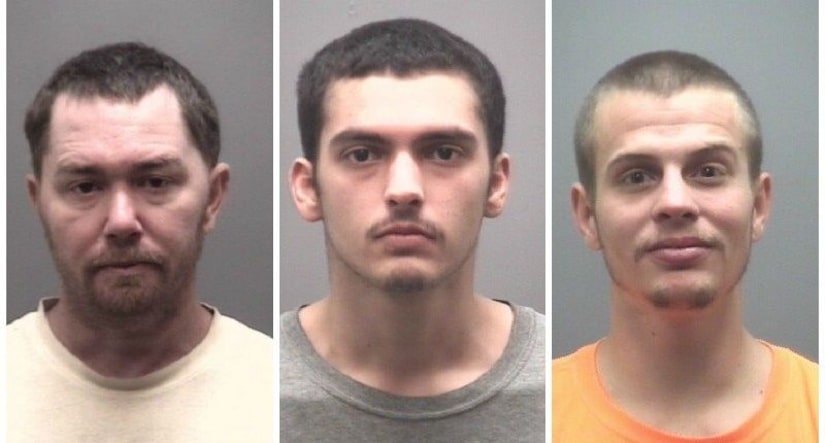 GRAHAM, N.C. (WGHP) -- An escape plot to blast a hole into the Alamance County Detention Center was thwarted when an inmate mailed the plans to the wrong person, according to the sheriff's office.

A woman received a letter from the Alamance County jail on Dec. 6. Thinking it was a letter to her, she opened it.

Inside, she found a detailed drawing of the Alamance County Detention Center, instructions for making a bomb and a plan for explosives to be planted on the south side of the detention center to create an escape route.

That's when she alerted law enforcement.

Sean Damion Castorina, 43, of Graham, was already in the detention center, serving time on a first-degree murder charge, and now faces new charges for the plot.

He allegedly conspired with Shannon Douglas Gurkin, 23, of Graham, and Dakota Lee Markek, 24, of Burlington, according to arrest warrants. The sheriff's office reports Gurkin and Markek may have been “followers” of Castorina.

Detectives found additional evidence of the plot in Castorina's cell and conversations recorded on phones at the detention center.

Castorina was charged with an attempt to escape a county jail, two counts of manufacturing/assembling a weapon of mass destruction and four counts of felony conspiracy.

Gurkin and Markek were both charged with malicious use of an explosive to damage property.