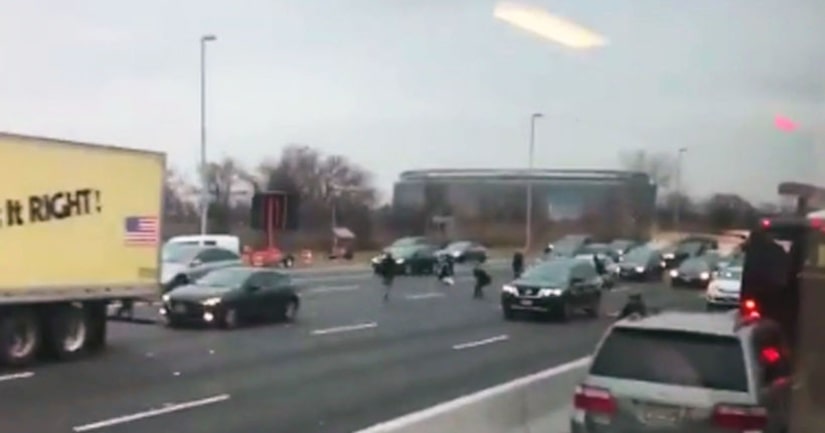 An armored security truck started spilling cash on Route 3 West around 8:30 a.m., causing several motorists to exit their vehicles in an attempt to grab the money, authorities said.

The incident resulted in two separate motor vehicle crashes and traffic on the highway, according to police.

It was not immediately known if there were any injuries.

Video captured motorists and passengers on the road, picking up money and running back into vehicles as others attempted to drive through the area.

According to authorities, the armored truck had a malfunction on one of its doors, causing it to become unsecured.

It is not clear how much money was lost.