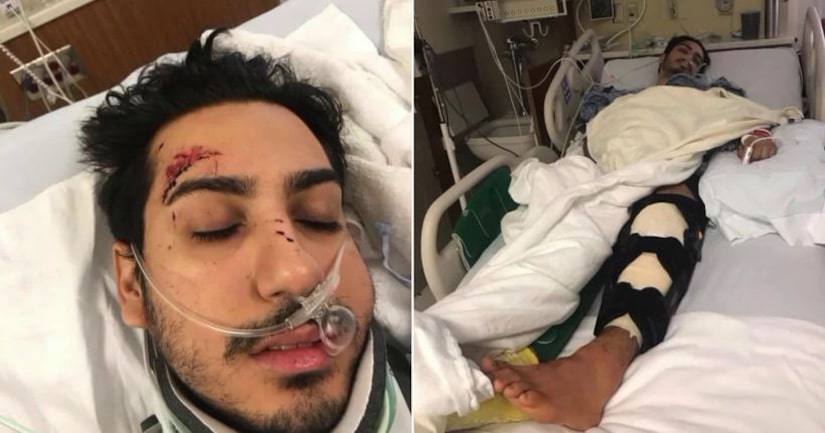 UPLAND, Calif. -- (KTLA) -- Authorities are working to track down a motorist who slammed into a 29-year-old man crossing the street with friends in Upland over the weekend, leaving the victim with extensive injuries.

Michael Angelo Gomez-Filippi was in a marked crosswalk at the intersection of North Euclid Avenue and C Street when he was struck by a dark vehicle at about 1:30 a.m. Sunday, Upland Police Capt. Marcelo Blanco said.

Filippi was walking home with a ground of friends after a night out at a local bar at the time of the crash, witnesses said.

Stephany Wilson said she was walking just ahead of Filippi and she saw the street was clear with a red light at an intersection south of them. But then, one car kept coming closer — and didn't stop, even after it hit her friend.

"I didn't run up to him," Wilson said. "I knew at that time you can't move anybody, you can't do anything other than protect them, and that's what I wanted to do. It didn't hit me until about an hour later, once I got home."

Though the intersection of Euclid and C has a crosswalk, there are no signals or stoplights.