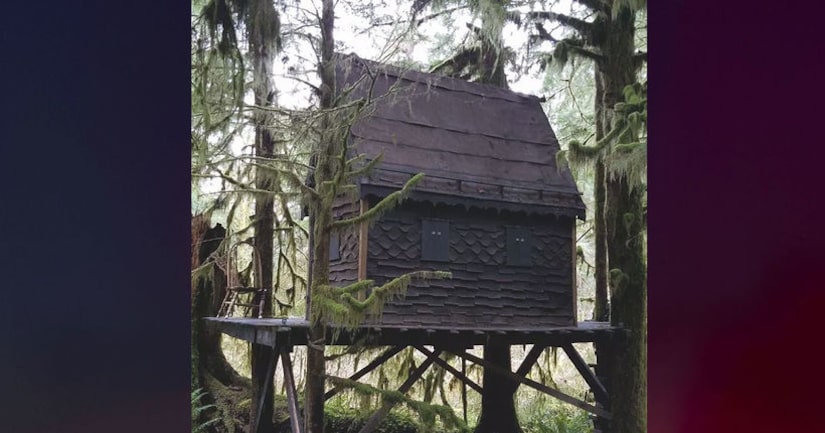 SEATTLE -- (KCPQ/AP) -- A man whose hoard of child pornography was discovered in a tree house in the Snoqualmie National Forest in 2016 has been sentenced to nine months in jail.

He will not be allowed to contact children without qualified supervision for 10 years. He also will be required to register as a sex offender and undergo sexual deviancy treatment.

The Mill Creek man kept images at the remote cabin, which authorities described as an elaborate tree house that resembled a fairy or gingerbread house.

A U.S. Department of Natural Resources employee found it in November 2016. DNA from the cabin was linked to Wood.