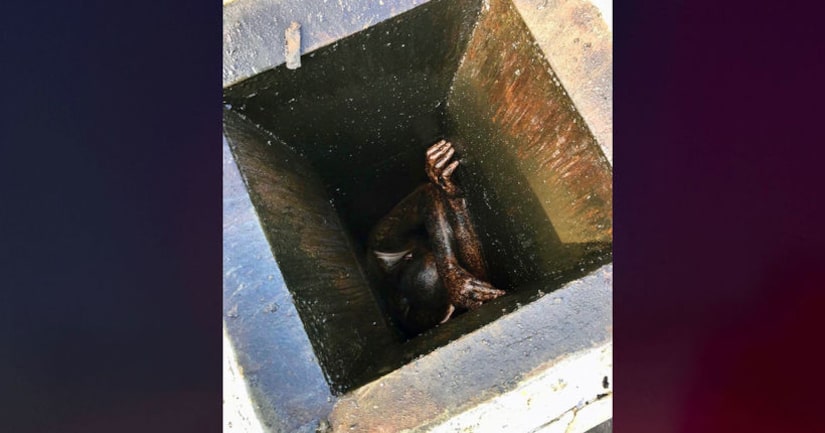 SAN LORENZO, Calif. -- (KTLA) -- A possible burglar had to be rescued from the grease vent of a vacant Chinese restaurant in the Bay Area after being trapped there for two days, authorities said Wednesday.

Around 9:30 a.m., firefighters and deputies responded to a reported lockout in the 700 block of Bockman Road in San Lorenzo and heard a man moaning in the building, according to the Alameda County Fire Department.

The man explained he was stuck in the duct of the hood system above the stove, officials said.

A photo showed his head and body were coated in thick brown grease, his arms crossed over his head as he struggled within the small confines of the space.

More resources were sent to the vacant restaurant, and about 30 minutes later, the man was extricated from the grease vent.

The Alameda County Sheriff's Office indicated the man had trespassed on the property and described him as a “possible burglar.” He was there for about two days before being rescued.

The unidentified man was taken to a local hospital for treatment before being placed into the custody of the Sheriff's Office. It was unclear whether he was arrested or would face any charges in connection with the incident.