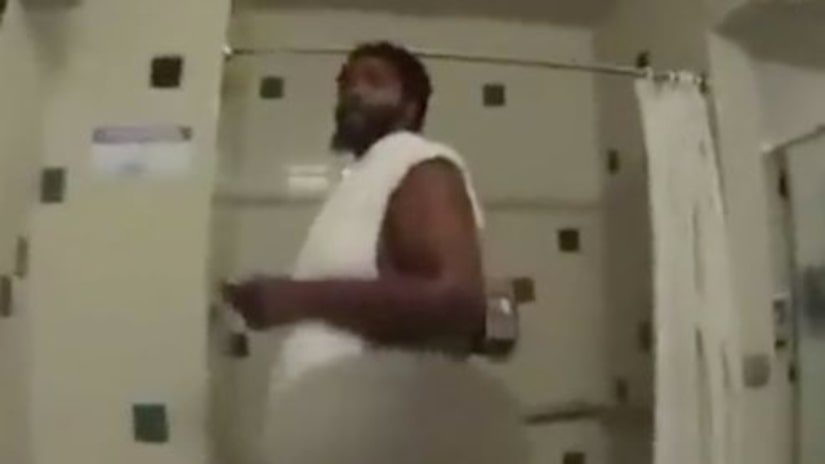 LOS ANGELES -- (KTLA) -- Los Angeles police released footage on Tuesday showing the moments leading up to officers' fatal shooting of a man during an altercation in a gym locker room in Hollywood, but the video fails to show the majority the struggle as both officers involved had left their bodycams on the ground.

Officials now say the man killed, 30-year-old Albert Ramon Dorsey, had gone to the 24 Hour Fitness in The Dome Entertainment Centre at 6380 Sunset Blvd. the day of the incident, Oct. 29, after being involved in two other incidents there the previous two days.

The day before the fatal shooting, Dorsey also attacked two security guards, one of them at the Hollywood gym and the other at the L.A. Memorial Coliseum in Exposition Park, according to LAPD Capt. Patricia Sandoval.

Police released surveillance video from the parking garage beneath the gym, showing a man knocking a guard there flat on the ground, apparently without provocation, then casually walking away. The security guard was hospitalized as a result, officials said.