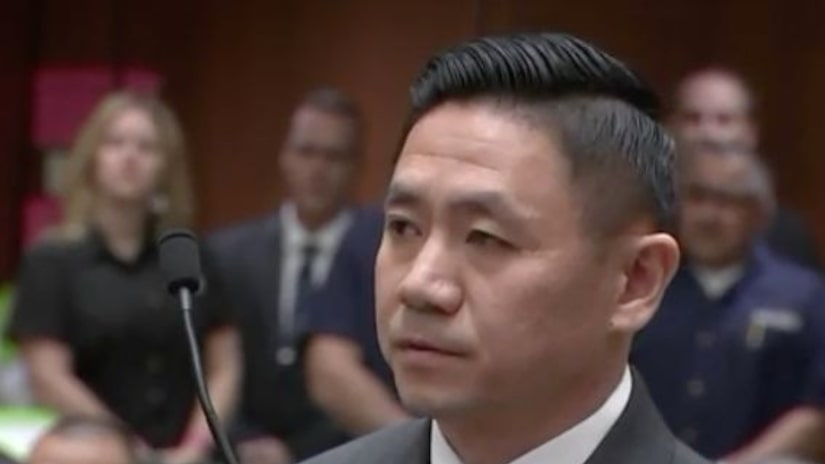 LOS ANGELES -- (KTLA) -- A Los Angeles County sheriff's deputy who shot and killed an unarmed motorist in Norwalk in 2016 was charged Tuesday with voluntary manslaughter, officials announced. The case marks the first on-duty law enforcement officer prosecution for the shooting of an unarmed civilian in nearly two decades, the L.A. Times reported.

Luke Liu, 40, also faced a special allegation that he personally and intentionally discharged a firearm, according to the L.A. County District Attorney's Office. He could face up to 21 years in state prison if convicted as charged.

He pleaded not guilty in court, where bail was set at $1.1 million. His lawyer said his client planned to post bail.

Fellow deputies packed the courtroom Tuesday to show their support for Liu.

The officer was patrolling the 10900 block of Alondra Boulevard on Feb. 24, 2016, when he saw a vehicle he suspected to be stolen, prosecutors said.