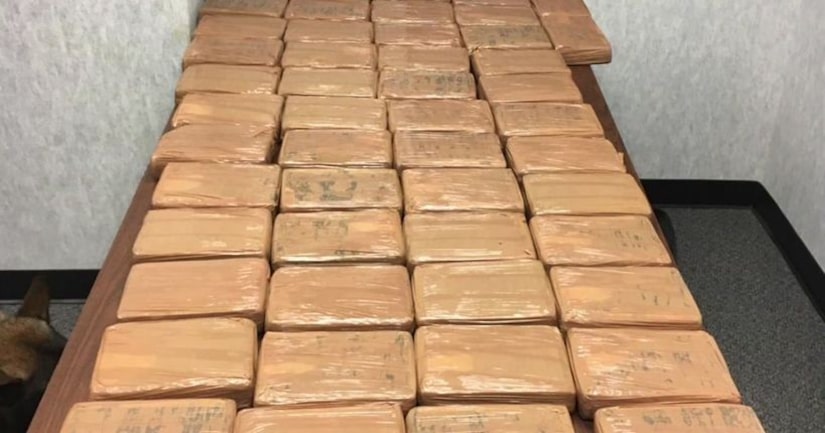 JOHNSTON COUNTY, N.C. -- (WGHP) -- Two men from Miami were arrested in Johnston County when deputies found $5 million worth of cocaine in their possession, WTVD reports.

The deputies pulled over a tractor-trailer hauling produce on Interstate 95 near Kenly on Sunday afternoon.

Inside the tractor-trailer, deputies found 110 pounds of cocaine hidden in brown boxes.

Captain Jeff Caldwell said the drug bust is likely the largest-ever by the Johnston County Sheriff's Office, according to WTVD.

The deputies arrested Eugenio Carlos Alfonso, 48, and Julio Cesar Rodriguez, 49. Both men are from Miami.