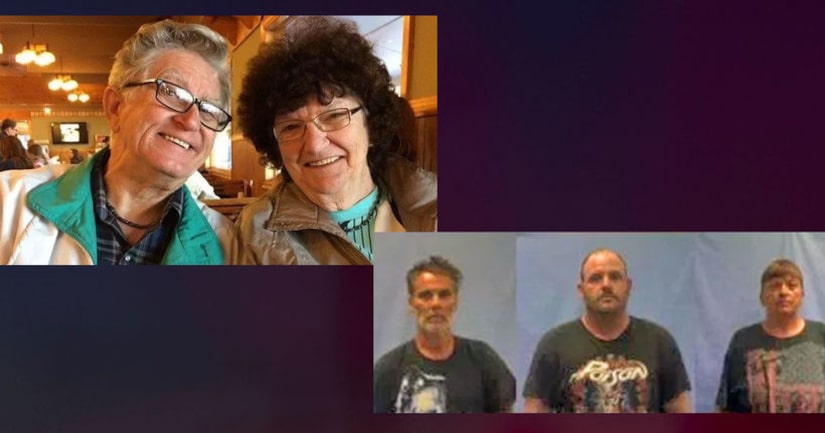 GREAT BEND, Kan. -- (KFSM/AP) -- The Kansas Attorney General Friday reports charges are filed against three people in connection with the July deaths of a Wichita couple in Barton County.

Kansas AG Derek Schmidt says the charges filed against a man and a woman from Florida and a man from Texas are in connection with the deaths of Alfred "Sonny" Carpenter and Pauline Carpenter at the Barton County Fair.

Alfred and Pauline Carpenter, carnival vendors from Wichita, were found dead in a shallow Arkansas grave, just days after they disappeared from The Barton County Fair.

Two others identified as Christine Tenney, 38, of Santa Fe, Texas and Thomas Drake, 31, of Van Buren, Ark., face charges of obstruction in connection with the case.

Schmidt says Younger, Fowler and Frasier are in custody on $1 million bond. He says the defendants are in custody in Crawford County, Ark., pending extradition.