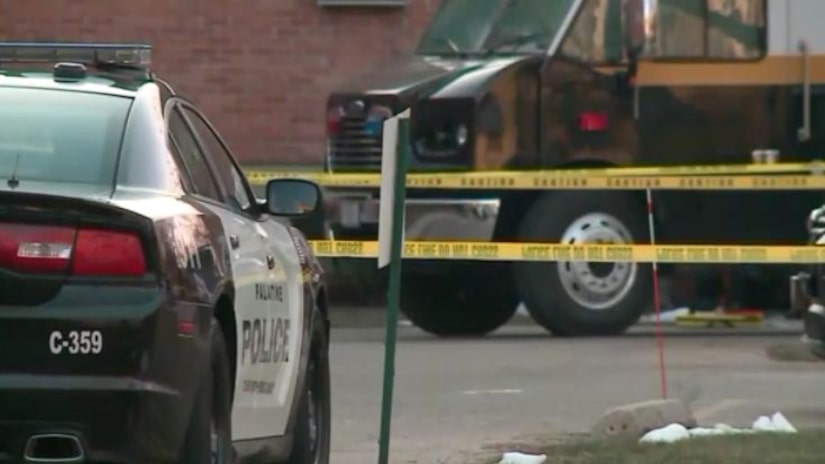 PALATINE, Ill. -— (WGN) -- A Palatine officer responding to reports of a murder shot and killed a driver after he attempted to run him over early Sunday, officials say; police later discovered a woman's body in a nearby apartment.

Just before 2:00 a.m. Sunday, Palatine police responded to the Brockway Court Apartments after someone called 911 to report a murder there.

After arriving on the scene, officers were speaking to a resident outside when a vehicle leaving the parking lot drove off the pavement and onto the grass, and headed towards the resident and an officer at a "high rate of speed," police said.

The officer fired his gun and struck the driver multiple times before both he and the resident were struck by the car. After the car came to a stop by a multi-resident building, the driver was pronounced dead. The resident and officer were taken to the hospital.

Officers continued investigating the initial murder call and discovered a woman dead in one of the apartments, and she appears to be a relative of the driver, according to investigators.