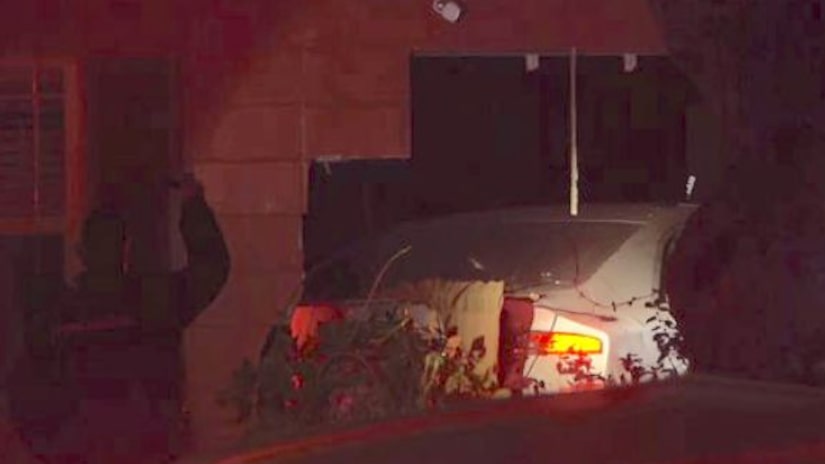 ORLANDO, Fla. -- (WKMG) -- A driver is on the run after a car crashed into a house in Orlando, according to officials.

No one was injured in the wreck, which was reported Friday morning at 1008 37th Street off Westmoreland Drive.

The entire car entered the home, where several people, including children, were inside, the family said.

The homeowner said the driver ran away after the crash.

The Florida Highway Patrol said a stolen gun was found in the car. The gun was turned over to the Orange County Sheriff's Office.