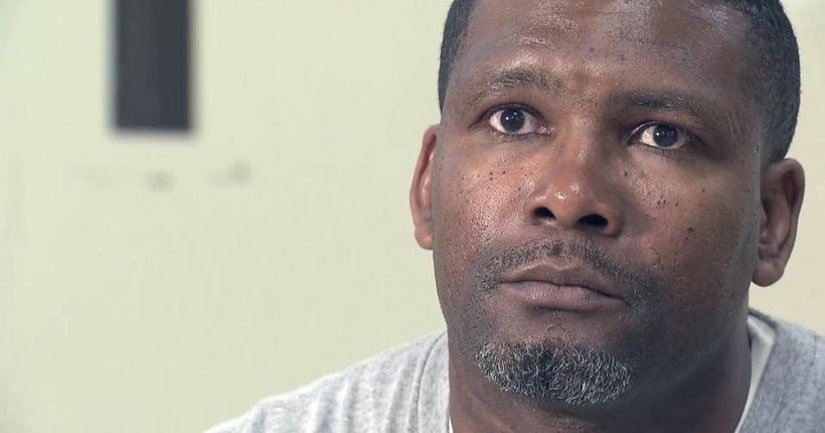 SANFORD, N.C. -- (WGN/AP) -- One of the men convicted of murdering Michael Jordan's father in 1993 argued Wednesday that alibi witnesses and evidence of his innocence weren't given a close enough look during his trial, violating his constitutional rights.

A defense attorney for Daniel Green urged a North Carolina judge during oral arguments to allow a wider-ranging evidentiary hearing that could lead to a new trial. Green admits that he helped dump James Jordan's body but maintains he wasn't present when Jordan was fatally shot in the chest. Green's conviction for first-degree murder has previously been upheld by two state courts.

Superior Court Judge Winston Gilchrist said he would rule at a later date on whether to allow Green's latest effort to proceed or deny it.

Defense attorney Chris Mumma argued Green's right to a fair trial was violated by ineffective counsel who failed to adequately explore ballistics evidence that cast doubt on Green's role or to call testimony by several witnesses who say Green was at a house party when Jordan was killed. She also questioned testimony by a state agent who tested for blood on Jordan's car seats, and she pointed to discrepancies in descriptions of a bullet hole in Jordan's shirt.

“Daniel Green is innocent in the killing of James Jordan. He was not there,” she told the judge.

The violent death shocked fans of James Jordan's world-famous son Michael, who at that point had led the Chicago Bulls to the first three of his six NBA titles. Michael Jordan now owns the NBA's Charlotte Hornets. A representative for Jordan didn't immediately respond to an email seeking comment.

Mumma also argued Wednesday that the case against Green hinged on testimony from the other man convicted of the killing, Green's childhood friend Larry Demery, who is also currently serving a life sentence. Mumma said Demery changed his story multiple times and had incentive to lie in hopes of cooperating with prosecutors and avoiding the death penalty.

But prosecutors from the state attorney general's office countered that Green, now 44, also changed his story during the investigation and that his trial attorneys did call several alibi witnesses. They disagreed with the ineffective counsel claim, noting that Green's then-defense attorneys also consulted with a firearms expert. They said evidence supported Demery's testimony and Green's trial attorneys had ample chance to cross-examine him about his motives.

Prosecutor Danielle Elder said there was “overwhelming evidence” that Green killed Jordan as part of a series of crimes that included two other armed robberies, to which Green later pleaded no contest.

The judge said he would reread the hundreds of pages of motions and supporting documents before issuing a ruling.

During trial, prosecutors used testimony from Demery to identify Green as the triggerman in a deadly robbery of James Jordan early on the morning of July 23, 1993. Jordan's body was found 11 days later in a South Carolina swamp and identified with dental records.

Green, who was 18 when Jordan was killed, has said he and Demery were both at a cookout when his friend left to meet someone for a drug deal. Green says he stayed at the party because he was flirting with a woman there. Demery returned hours later, Green said, appearing shaken and asking him to help dispose of Jordan's body in the swamp. Green has said Demery told him he mistook James Jordan for a drug connection and shot him after an altercation.

Attorney Hugh Rogers, who represented Demery, told the AP recently that the case pits the men's accounts against each other but ultimately more evidence corroborated his client's version.

Prosecutors have maintained that James Jordan was killed as he slept in his parked Lexus along a highway after being targeted for robbery. At Wednesday's hearing, they once again pointed to a video in which Green rapped while wearing an NBA All-Star ring and gold watch that Michael Jordan gave his father. Green says he got the jewelry from the car console days after the killing.