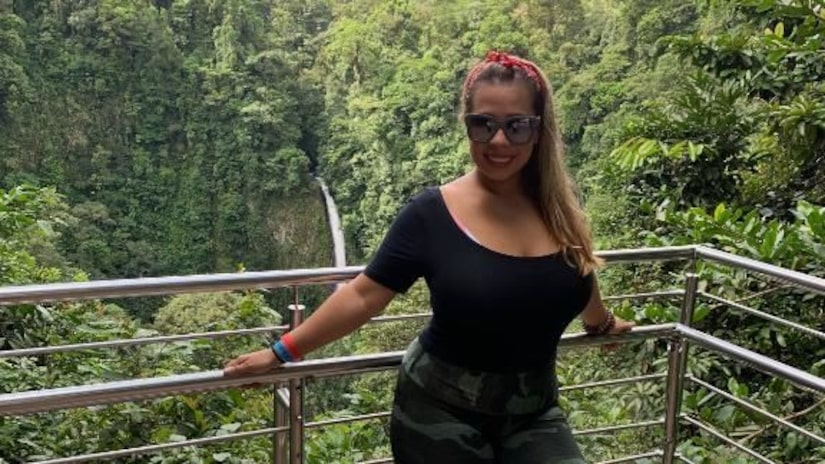 FLORIDA -- (WPIX) -- When Carlos Caicedo went to Costa Rica to search for his missing sister, he shook hands with the security guard at the apartment where she was staying and listened to what the man knew, Caicedo told CNN affiliate WPLG.

Little did Caicedo know the man would turn out to be his sister's suspected killer.

“We went to the villa. This guy shook our hands, looks us in the eyes, he tells his fake story,” Caicedo said. “And we couldn't feel anything from this guy. Like, I just can't believe it.”

Caicedo's sister, Carla Stefaniak, has since been confirmed dead, her body found near the apartment complex where she was staying at the tail end of a vacation to celebrate her 36th birthday.

A Nicaraguan national, Bismarck Espinoza Martinez, 32, has been taken into custody in connection to Stefaniak's death, according to Costa Rican officials. He was a security guard at the apartment complex where Stefaniak's Airbnb was located.

“How cold-hearted can you be?” Caicedo told WPLG. “And such a monster, because you have to be something else, man, to do something like this.”

Stefaniak, a U.S. citizen and South Florida resident, went missing late last month while staying at the apartment outside the Costa Rican capital of San Jose.

On Monday, a partially decomposed body was found about 300 yards from the apartment complex, according to Walter Espinoza, a spokesman for Costa Rica's Judicial Investigation Department.

The body showed signs of a violent death, according to her father, who is also named Carlos Caicedo.

Her family confirmed in a Facebook post early Wednesday morning her father had seen the body and it belonged to Stefaniak.

An autopsy showed multiple stab wounds to the “neck and upper extremities,” as well as blunt force trauma to the head, Espinoza, the government spokesman, said.

There were also stains inside the apartment where she stayed “which are compatible with blood and which will be submitted to further investigation and comparison,” he said.

Espinoza Martinez had been staying in the apartment next to Stefaniak's rental, said Espinoza, the government spokesman.

“The person linked to this homicide (Espinoza Martinez) was close to her and had the time and place to commit the crime,” he said.