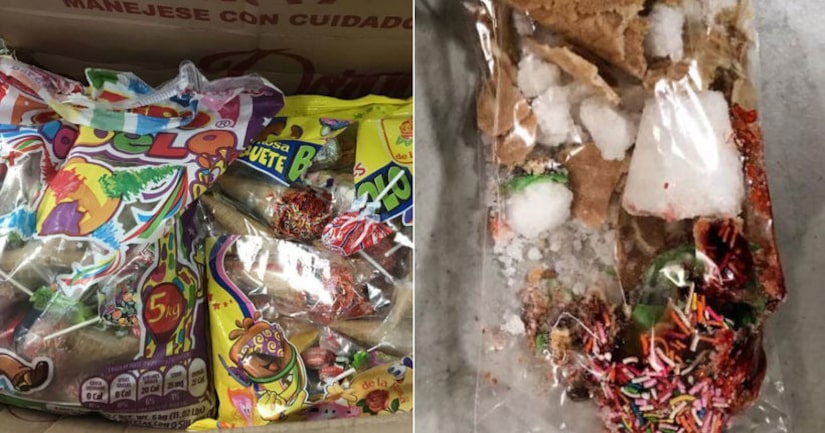 CBP officers were X-raying cargo shipments at Bush International Airport in Houston on Nov. 27 when they discovered an anomaly in packages containing hard candies from Mexico, the agency said in a news release on Monday.

Inside the bags, officers found candy waffle cones containing approximately 11.7 pounds of a white, crystalline substance, according to the release.

The substance tested positive for meth, the agency said.

Officers confiscated five bags of the narcotics, which had an estimated value of nearly $40,000.