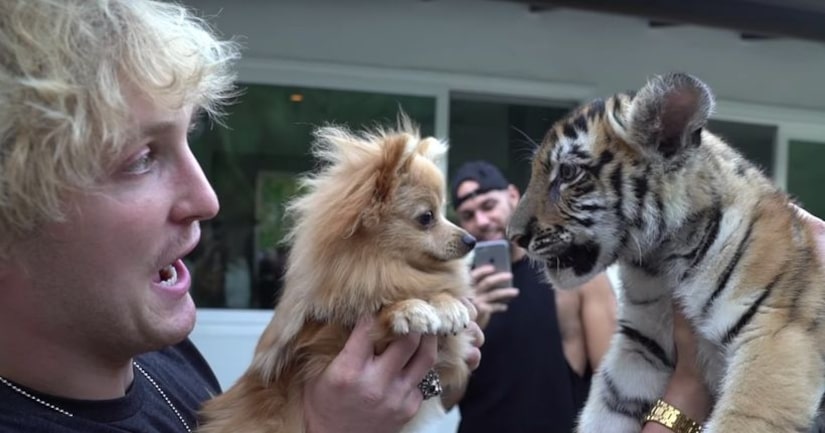 According to the Los Angeles City Attorney's Office, an anonymous tipster in October 2017 alerted the state Department of Fish and Wildlife about seeing a model pose with a cub on Instagram.

Officials identified Perkins and the animal through references made in the post, the City Attorney's Office said. Investigators also determined that the defendant and the cub were featured on a YouTube video posted by Paul on Oct. 21, 2017, authorities added.

In the footage, which drew more than 8 million views, the cub is introduced to Paul's small dog. Although none of them appears to get hurt, the two animals growl and chase each other while Paul and other individuals stand by apparently amused.

Paul previously made headlines after posting a video showing a dead body in Japan's “suicide forest,” prompting YouTube to temporarily suspend ads on his channels in February.

Officials took the cub into custody during a search of Perkins' home on Nov. 9, 2017, the City Attorney's Office said. Authorities reported evidence that suggested poor living conditions for the animal, which Perkins allegedly fed with cub kitten milk replacement formula with a baby bottle.

Prosecutors said the cub was taken to a large cat rescue and sanctuary facility in north L.A. County, where it has fully recovered.

Perkins could be jailed for up to two years and six months and fined $4,000 if convicted as charged, the City Attorney's Office said.