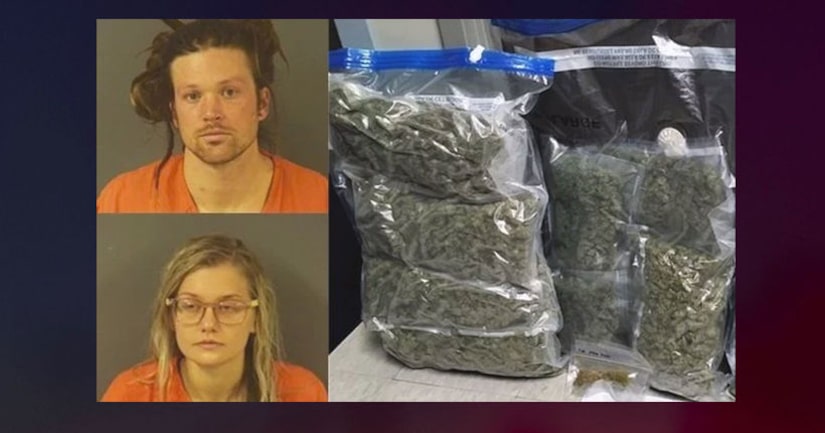 Around 2:30 p.m., an ISP trooper was on I-70 near the 40 mile marker and saw a black Subaru Forester going eastbound at 57 mph in a 70-mph zone. Indiana's left lane law, often called the “slowpoke law,” prohibits drivers from traveling slowly and/or for long periods of time in the far left passing lane.

The vehicle was searched and investigators discovered 11 pounds of suspected marijuana. ISP says the weed was worth an estimated $33,000 on the street.

Daniel Wade, 30, of Longmont, Colorado and Veronica McClam, 25, of Beaufort, South Carolina, were arrested and taken to the Putnam County Jail.