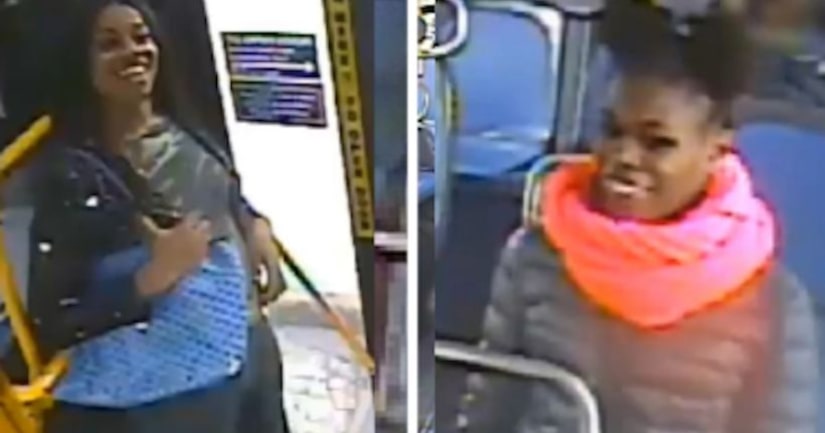 THE BRONX, N.Y. -- (WPIX) -- A pair of women poured something on a Bronx bus rider's head and stole her purse, police said Saturday.

The woman were on a BX40 bus on Nov. 12 when one of the woman, shown smiling in surveillance video, poured an unknown liquid on the back of the victim's head, an NYPD spokesperson said. When the bus stopped at the intersection of St. Peters Avenue and East Tremont Avenue, one of the women grabbed the victim's purse from her lap while she cleaned the substance off her head.

Video shows the victim chasing the women who took her purse.

There was at least $60 in cash and two credit cards in the woman's purse, police said.