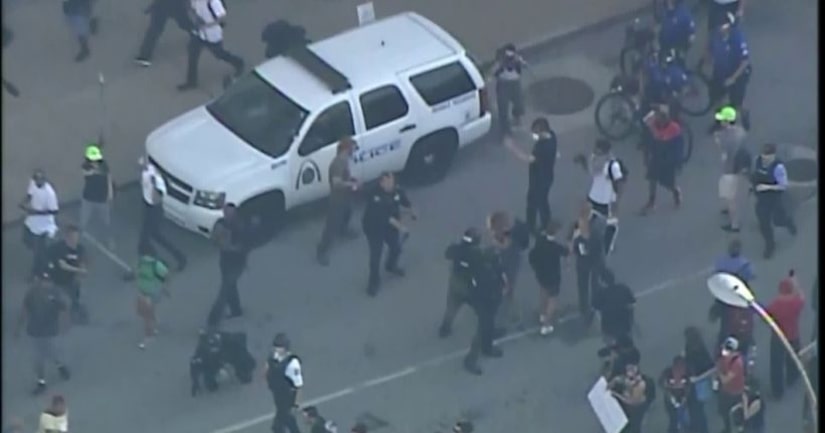 Boone, Colletta, Hays, and Myers were suspected of arresting and assaulting a fellow St. Louis officer who was working undercover during the protests in downtown St. Louis after Stockley's acquittal.

Prior to the decision in the Stockley case, the St. Louis Metropolitan Police Department assembled its Civil Disobedience Team (CDT), made up of more than 200 officers. The CDT was assigned with crowd control during the protests and to arrest people suspected of committing crimes.

The four defendants were assigned to the CDT.

According to court documents, Boone, Hays, and Myers used excessive force against the undercover officer, causing bodily harm to that officer. Prosecutors claim the three St. Louis officers conspired and agreed to mislead witnesses to prevent federal authorities from learning about their conduct.

Myers was also accused of destroying the undercover officer's cellphone in order to impede and influence the investigation.

Finally, Colletta was charged with lying to the grand jury about the incident in an attempt to obstruct the case.

"A federal investigation was initiated, and our Department was fully cooperative. That investigation culminated this week with the announcement of indictments of those involved (listed below), who have been placed on administrative leave without pay.

Fox 2/KPLR 11 will have more information on this story as it becomes available.