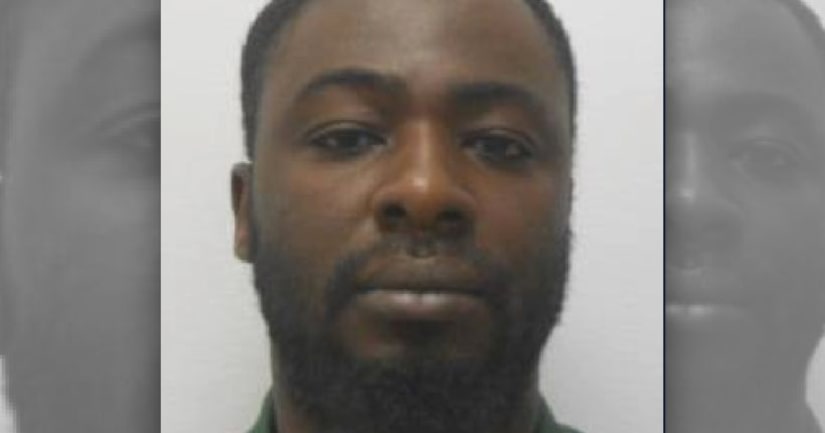 The woman had just left her grandchild's birthday party when Mowngly Lucas, 28, allegedly attacked her, police said. He grabbed the 59-year-old woman from behind and put her in a chokehold.

Lucas allegedly told her he had a knife and a gun and said he would harm her if she did not comply with his demands.

“I just got out of jail and I don't care, so follow what I tell you,” he told her, according to police.

Police said the man then shoved the victim against a parked van and tried to sexually assault her but was unable to.

Lucas allegedly shoved her to a bench when as a passerby walked past the scene.

“Look in front of you and do not look in my face,” he told her, according to police. “Act like we're boyfriend-girlfriend.”

Once the passerby was gone, Lucas allegedly raped her behind the bench before another person walked by.