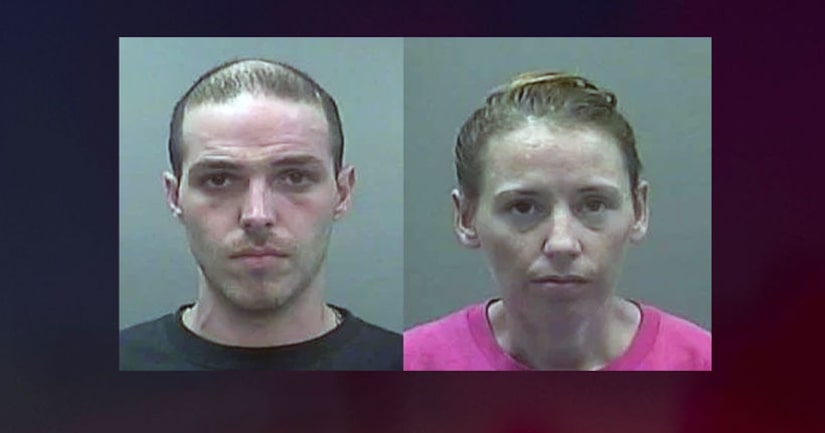 LIMESTONE COUNTY, Ala. -- (WHNT) -- Sheriff's deputies are hoping someone can help them find a man wanted for stealing a truck and motorcycle. But deputies say the man's girlfriend is also in trouble for trying to hide a meth pipe in her baby's dirty diaper.

According to the Limestone County Sheriff's Office, Timothy Dewayne Cline, 34, ran from deputies on Monday, leaving his girlfriend, Jessica Nicole Young, 33, and their 5-month-old child sitting in a stolen rental truck.

Authorities say they went to a home on Dogwood Circle Monday evening to check on a report of a stolen motorcycle in the area. Once there, authorities located the motorcycle and also noticed a U-Haul rental truck that they knew was stolen. Authorities say Jessica Young was in the passenger seat of the stolen vehicle with a baby. A deputy ran her information and learned she was wanted on outstanding warrants.

The homeowner allowed authorities, Young, and the child inside due to the cold. Deputies say the baby wasn't hurt, but contacted the Department of Human Resources. Young and Cline both face a chemical endangerment charge in addition to the theft.

While in the home, authorities say they caught Young trying to dispose of a used meth pipe inside the baby's dirty diaper. Young was charged with receiving stolen property, chemical endangerment of a child, and possession of drug paraphernalia. She is currently in the Limestone County Jail, where bond has not yet been set.

Investigators have active warrants for Cline's arrest on charges of receiving stolen property, chemical endangerment of a child, and attempting to elude. Anyone with information about where to find Cline should call Investigator Caleb Durden at (256) 232-0111.