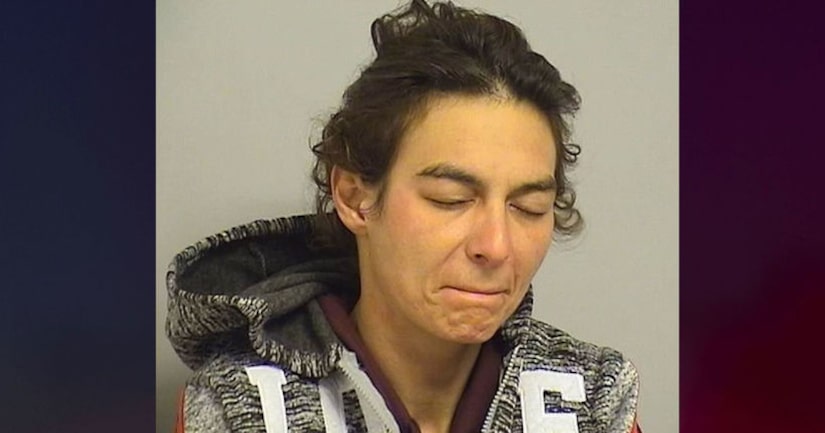 TULSA, Okla. -- (KTLA) -- A woman is being held without bond after police say she set fires at two fast food restaurants in Tulsa, Oklahoma, over the weekend.

Vagin was kicked out of the McDonald's near 18th and Garnett Sunday night for trespassing, according to officers. They said she is banned from the restaurant.

Shortly after, employees of the fast food restaurant called 911 because the back of the restaurant was on fire.

Employees were able to give them a good description of Vagin, who is the person they said started it, according to police.

“She is an individual we have had quite a bit of contact with,” Sgt. Robert Roloff with Tulsa Police said. “She has been homeless for the most part but she has been banned from over here at the McDonald's for causing problems.”

Police searched the area for Vagin and found her at Taco Bell directly across the street. They said she smelled like smoke and McDonald's employees identified her as the suspect. She was arrested.

When officers went inside the restaurant to see if she left any evidence behind, they said there was a fire in the women's bathroom.

“We don't think it was very extensive,” Sgt. Roloff said of the damage at Taco Bell. “We have got a picture of it. It's just black, but she was playing around inside there with her lighter and tried to do something within that restaurant also.”

Sgt. Roloff said they found two lighters on the woman and other items they will turn into evidence.

Vagin also pleaded guilty in June to malicious destruction of property and breaking and entering. Prosecutors are actively trying to revoke her probation because they said she is not following the guidelines of her deferred sentence, according to court records. She is due in court on that case on Dec. 6.

FULL STORY: Woman Banned From McDonald's in Oklahoma Accused of Setting Fire to the Restaurant and Nearby Taco Bell - KTLA