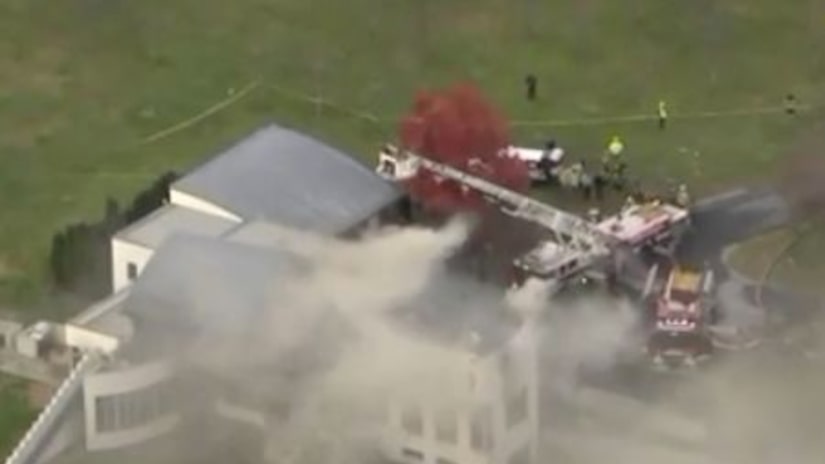 COLTS NECK, N.J. —- (WPIX) -- Two children and two adults were found dead Tuesday at a burning mansion that was intentionally set ablaze in an upscale town near the New Jersey shore, officials said.

One of the owners of the home is a technology CEO with a relative whose house not far away also caught fire Tuesday, records show. Authorities said they were investigating whether there was a link.

A man was found dead outside the burning mansion in Colts Neck, and the three others were found inside, Monmouth County prosecutor Christopher Gramiccioni said at a news conference.

The three found inside were severely burned, making it difficult to identify them, he said. No identities have been released, and a medical examiner was still investigating the manner and cause of death for all four, he said.

"It's important to emphasize that we have no reason to believe that anyone in the community is in any danger at this time," he said.

Firefighters responded to the fire around 1:30 p.m., and hours later, the fire continued to burn at the home, surrounded by fields and featuring a large swimming pool.