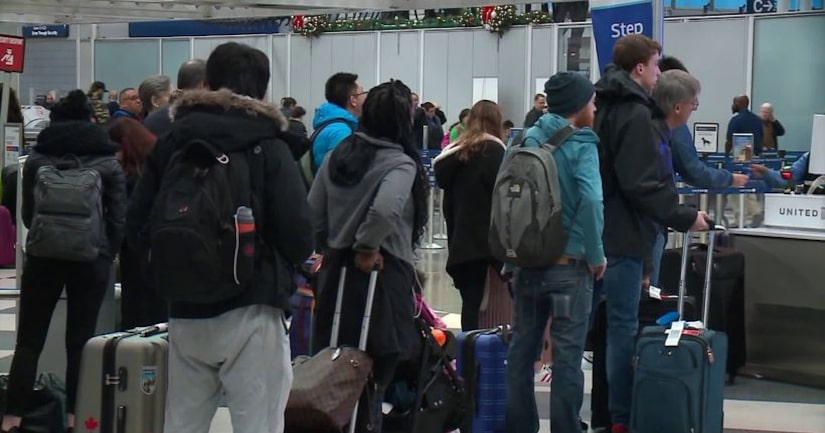 CHICAGO -- (WGN) -- The FBI is warning air travelers as they head out for the holidays to be aware.

The agency reports that sexual assaults in midair are on the rise and several cases have been reported locally.

The most recent one was reported last month.

The FBI reports sexual assaults on airplanes increased by 66 percent from 2014 to 2017.

But the FBI says those numbers are likely to be much higher, because so many cases go unreported.

The majority of these sexual assaults take place on long-haul flights when the cabin is dark and people drink alcohol or take sleeping pills.

The FBI says victims are usually in middle or window seats and are often unaccompanied minors.

The FBI encourages victims and witnesses of sexual assault aboard airplanes to come forward immediately, whether it's during the flight or upon landing.

"We do work with flight crews to try and make them aware and to try and get them to contact law enforcement as well. There's law enforcement at the airports 24/7. Someone could always meet the flight and we physically have agents at O'Hare and Midway," said Doug Hyde, FBI Supervisory Special Agent.

If alerted in advance, FBI agents can be on hand when the plane lands.

In many cases, sexual assaults are reported days or even weeks later and at that point, it's difficult for FBI agents to track passengers down.

This year, the number of assaults is down a bit. The FBI is hopeful that's because their awareness campaign is working.

FULL STORY: FBI warns air travelers to be on their guard for midair sexual assaults - WGN