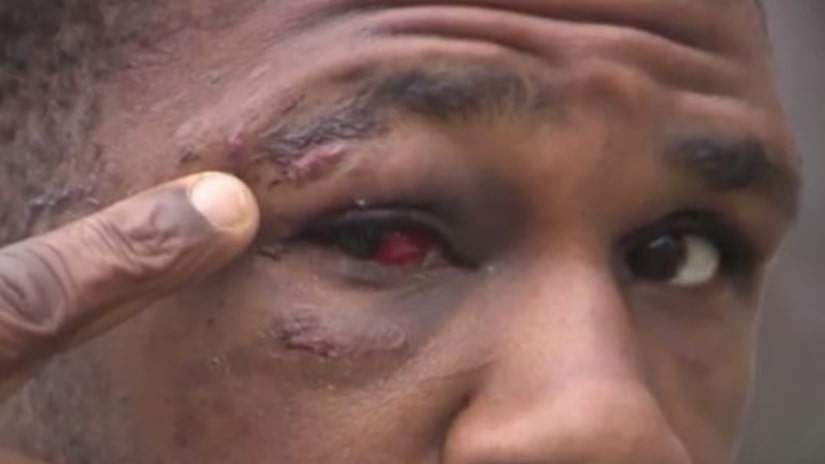 YONKERS, N.Y. —- (WPIX) -- A former Jamaican Army Special Ops officer is recovering from what he says was excessive force by police.

Terrence Shaw, who suffered numerous injuries to his eye, head and body, says he was pulled over on Palmer Road in Yonkers on Saturday morning for no apparent reason. According to the police report, Shaw was driving erratically at a high rate of speed at 1:45 am, crossing over the double yellow line on Palmer Road multiple times.

However, police say Shaw refused multiple verbal requests to present his driver's license and was then asked to exit the vehicle.

Shaw explained what happened next.

FULL STORY: Veteran says he was beaten by Yonkers police during arrest - WPIX