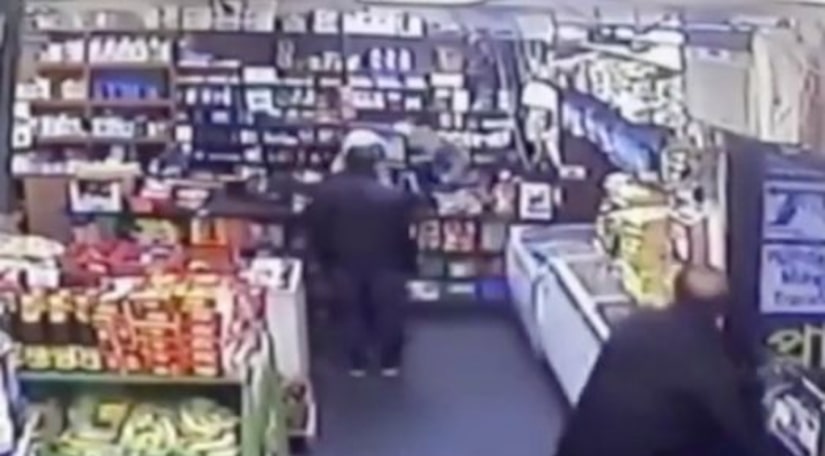 QUEENS, N.Y. -- (WPIX) -- A man was shot while he chased down three men who robbed a Queens bodega Saturday night.

Three men entered a bodega along 36th Avenue in Astoria around 8:30 p.m., police said. Two of them pulled out guns while the other acted as a lookout.

They robbed the store, taking about $2,000 from the register, said cops.

According to police, when the alleged robbers left the store, a 30-year-old man chased after them.

One of them pulled out a gun and shot the man in the leg, said police. The men got into a waiting car and drove off.

The bodega worker was taken to the hospital for treatment for his injuries.