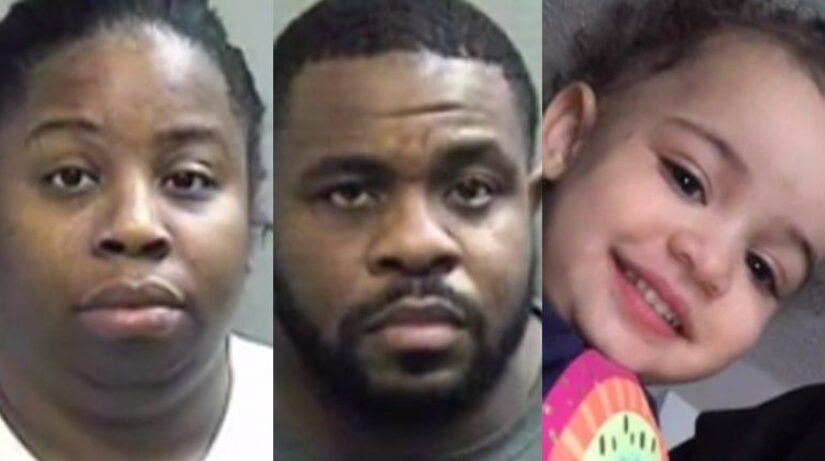 ARLINGTON, Texas -- (WITI) -- Police in Arlington, Texas arrested a man and woman in connection with the death of a 2-year-old girl, and court documents indicate the toddler suffered abuse leading up to her death.

According to police, the child's mother left her with friends in August when she fell on rough times, and Aniyah Darnell died at the hospital on Saturday, Nov. 17.

According to court documents obtained by KTVT, Darnell suffered months of abuse, allegedly at the hands of Shamonica Page and Derick Roberson, who were arrested in this case — initially on outstanding warrants. The charges were upgraded after Darnell died.

Police said they responded to a home on Timberlake Drive around 1:30 a.m. on Nov. 17 in reference to a 2-year-old child who wasn't breathing. Darnell was taken to the hospital from the home, where she later died.

According to KTVT, court documents indicate Page would strike Darnell with a belt on numerous occasions as a form of discipline/punishment. The documents state she was frustrated with the child for going to the bathroom in her clothes/pull ups, and she was trying to teach her a lesson.

The documents claim the child suffered repeated abuse, and state the following: “Admitted that the victim had what appeared to be a severe burn on her buttocks, but tried home remedies to heal the injury, and would continue to discipline and punish the child by striking her in the injured area with a belt or her hand.”

“We believe there was human intervention that caused this child to stop breathing and to sustain the injuries that the child had. Based upon that and the interviews we have received, we upgraded the charges to injury to a child, a first degree felony, for the woman and a third degree injury to a child by omission for the man that we arrested,” said Lt. Chris Cook.

Two other children that were present at the home when this alleged abuse took place were released to CPS.

FULL STORY: 'Striking her with a belt:' Man, woman arrested in death of 2-year-old who allegedly suffered months of abuse - WITI