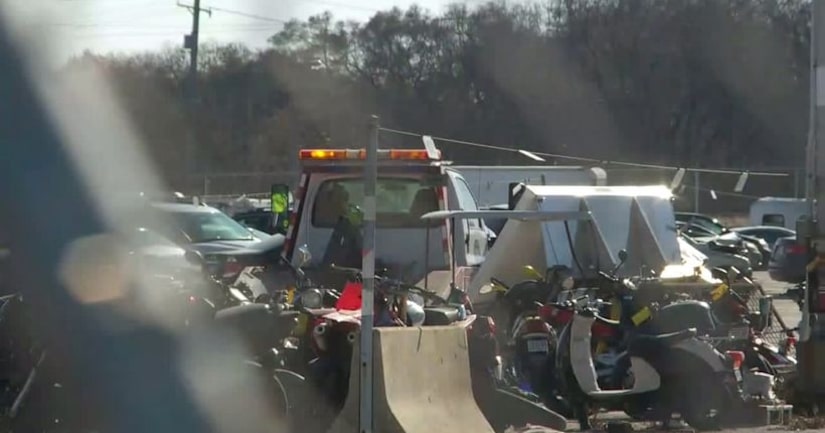 MILWAUKEE -- (WITI) -- A 4-year-old girl was left in a minivan that was taken to the Milwaukee Department of Public Works Tow Lot, officials said Tuesday, Nov. 13. This, after the vehicle's driver was stopped for allegedly operating while intoxicated.

Milwaukee police stopped the minivan near 39th and Forest Home Avenue around 12:30 a.m. on Tuesday. Officers arrested the driver of the minivan -- and took custody of a 10-month-old child in the minivan before the vehicle was towed.

Around 8:30 a.m. Tuesday, officials said they found the 4-year-old girl inside the same minivan -- crying and rather upset. An officer called in the fire department. Emergency personnel checked out the girl. Officials said she seemed to be in OK condition -- but was taken to a hospital for a more thorough review.

The minivan was towed to the city lot, where it received another quick inspection. DPW officials said when a vehicle comes to the city's tow lot, it is usually on a flatbed truck and vehicle information is taken and a walk-around with a flashlight is done.

Family members said the child was sleeping in the back seat the whole time.

Davis said her niece is strong to survive the freezing overnight temperatures.

"I couldn't even understand myself lasting that long. All those hours," said Davis.

"Whatever it is that we can do we will be doing, definitely, to make sure there is not a person in a vehicle we are parking in our tow lot," said Polenske.

Officials said obviously this should not have happened -- and they want to make sure it never happens again. They will be doing a review of their processes.

Milwaukee police issued this statement about the incident:

"The Milwaukee Police Department is grateful that the child was located unharmed. MPD is currently seeking criminal charges against the driver who was arrested for Operating While Intoxicated. We will provide additional information in the upcoming days regarding this investigation."