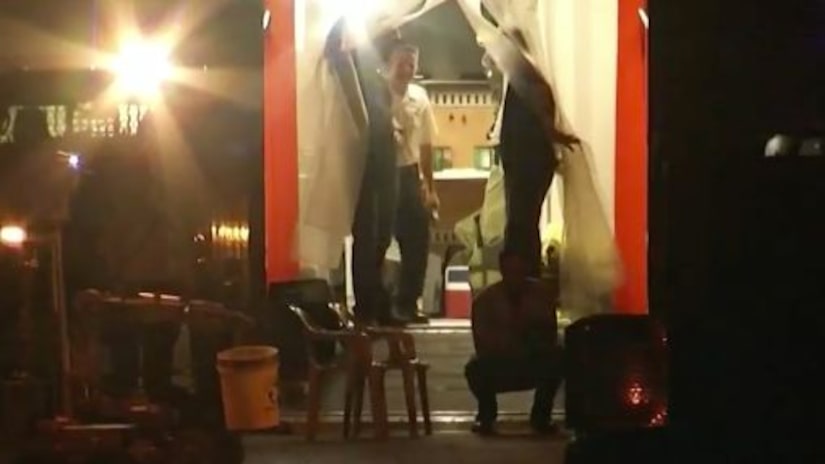 LAKE HELEN, Fla. -- (WKMG) -- A tip led authorities to find jars filled with explosive powder in a Lake Helen home on Tuesday, according to the Volusia County Sheriff's Office.

The incident was reported before 4 p.m. on Pennsylvania Avenue after authorities said they received information that a resident in the area, identified hours later as 37-year-old Jared E. Coburn, had a homemade bomb under his bed, a news release said.

Just before 10 p.m., a News 6 crew heard a loud boom -- which officials confirmed was the detonation of one of the explosives.

The suspect, Coburn, told authorities that he was making fireworks, but Volusia County Sheriff Mike Chitwood said the material, triacetone triperoxide, is very dangerous and has been used by terror organizations, including during attacks in Paris in 2015 and Manchester in 2017 during an Ariana Grande concert.

"It is highly volatile. Al Qaeda has dubbed this chemical 'the Mother of Satan.' It has been used in terror attacks all over the world," Chitwood said.

The FBI and the Bureau of Alcohol, Tobacco, Firearms and Explosives were called to the scene Tuesday evening to help with the investigation.

"Throughout the rest of the night, the robot is going to take it out," Chitwood said. "We're going to pre-dig a hole, put it in and detonate it in the hole because it is too volatile to put in our trucks, move to our range to blow up."

Earlier in the evening, officials said that people in other homes in the area could be evacuated as the agencies continue to investigate.