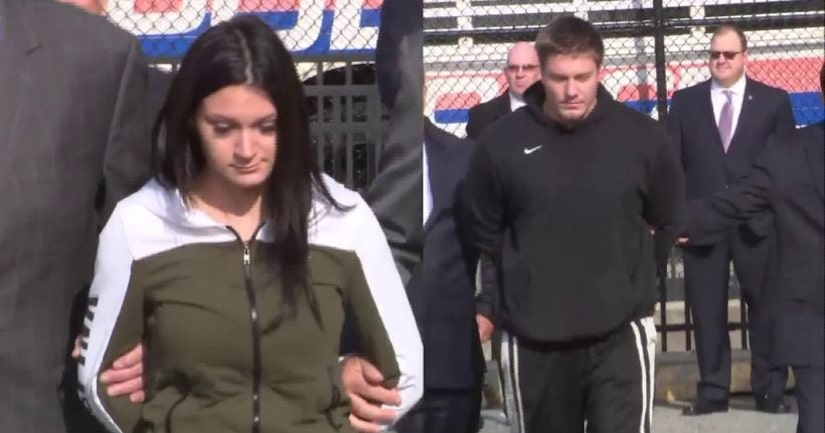 NASSAU COUNTY, N.Y. -- (WPIX) -- A Lynbrook woman and her boyfriend walked out of Nassau County District Court in handcuffs Monday, charged with murdering the woman's mother over what detectives say was a dispute involving a dating app.

“She co-conspired with her boyfriend to kill her mother,” said Stephen Fitzpatrick of the Nassau County Homicide Squad. “This was over a money issue.”

Both 21-year-old Francesca Kiel and her boyfriend, 27-year-old Ralph Keppler, are charged with second-degree murder in the death of Kiel's mother, 56-year-old Theresa Kiel.

Investigators claim Keppler crushed Kiel's skull with a barbell outside her Long Beach home on Dec. 4, 2016, putting her in a vegetative state from which she never recovered. Kiel eventually passed away at North Shore Manhasset Hospital on Saturday evening.

Keppler had been previously arrested in connection with the crime. His original charges of attempted murder and assault were upgraded to murder. Kiel was arrested for the first time and charged with murder.

“Francesca unfortunately has to bury her mother while also fighting these allegations, which she obviously vehemently denies,” said her attorney, Geoff Prime.