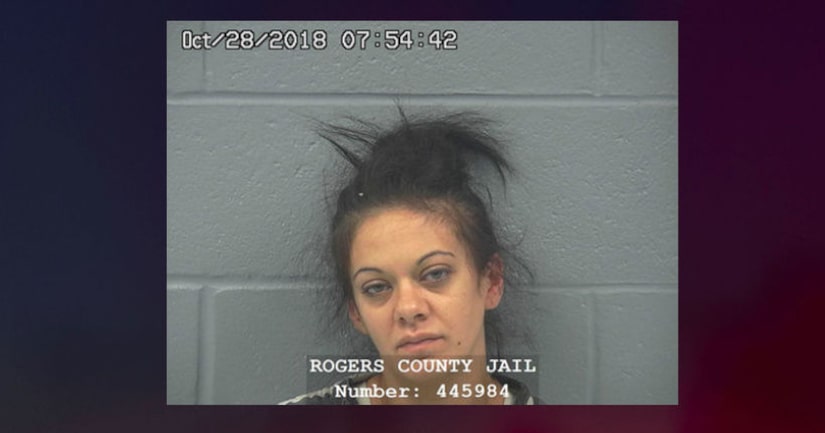 CLAREMORE, Okla. -- (KFOR) -- A woman is facing her fourth DUI charge after she allegedly ran a stop sign with three children in the car.

Last month, 34-year-old Courtney Toney was leaving QuikTrip in Claremore when she was pulled over by deputies for allegedly running the stop sign. When deputies pulled her over, they noticed three children in the car.

Deputies reported they smell alcohol and that Toney appeared disoriented.

She told officials she had two beers within a five-hour timeframe. She was taken to the hospital, per her request, but deputies say she started acting belligerent, calling them names.

Toney was arrested on a DUI charge and three counts of child neglect.

According to FOX 23, this is not Toney's first time to face a DUI charge – it's her fourth, and three out of the four times she had children with her.

Three years ago, she was found drunk in a field in Broken Arrow with two children after she had committed a hit and run in the area.