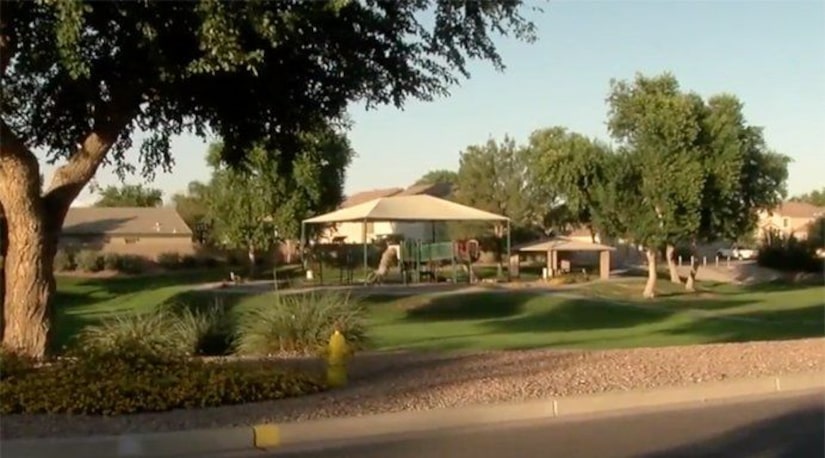 SAN TAN VALLEY, Ariz. -- (KSWB) -- An Arizona girl's “code word” helped her avoid a strange man who tried to lure her into his vehicle Wednesday, according to the Pinal County Sheriff's Office.

The girl was walking with a friend near a park in San Tan Valley, about 45 miles east of Phoenix, when a man in a white SUV pulled up to them around 3:45 p.m.

He told the girl her brothers had been involved in a serious accident and said she needed to go with him, according to the sheriff's office.

The quick-thinking girl asked him what the code word was, and when he didn't know it, he drove off.

KNXV reports that the girl is 10 years old, and the code word was something her mother read about in a story.

“We just came up with that a few months ago,” said the girl's mother, Brenda James. “This one time, it saved my daughter's life.”

Other children have also reported seeing the man circling repeatedly during the day, according to the sheriff's office. Officials are now trying to warn other families living in the area.

“Kudos to the parents of this child for having a code word and talking about to their children about stranger danger,” said Sheriff Mark Lamb. “We hope by putting this out, it will encourage parents to have that conversation and create a plan with their children, so they know what to do if they are in that situation.”

He's described as being in his 40s with a short beard – but officials say he used his hand to cover much of his face while talking to the girl.