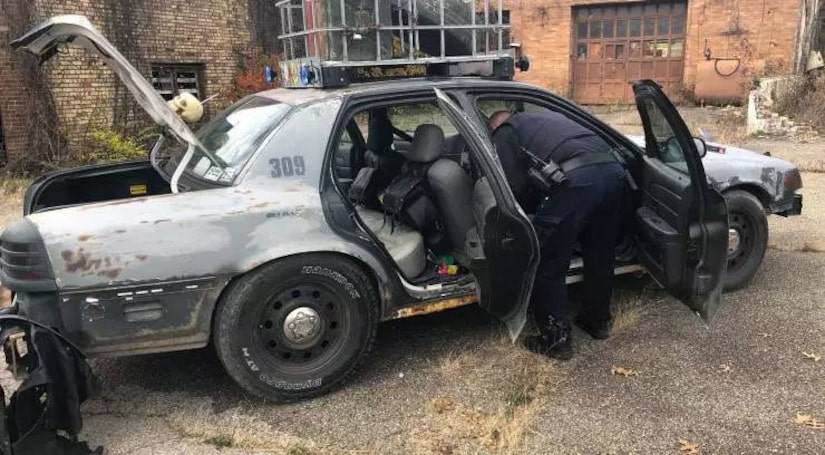 EAST LIVERPOOL, Ohio -- (WJW) -- An Ohio man identifying as a "zombie hunter" is facing charges after being arrested with a stockpile of weapons.

Dillon Lockhart, 22, of East Liverpool, was arrested earlier this week.

According to the East Liverpool Police Department, a citizen alerted police after discovering a “strange individual” searching through an abandoned property near the city's downtown area.

When police arrived they reportedly found Lockhart carrying a large knife in his hand.

Upon searching his vehicle, police said they found a loaded handgun with multiple loaded magazines of ammunition, a large amount of knives, multiple crossbows and arrows, as well as many odd weapons, such as modified baseball bats.

Officials reportedly arrested Lockhart and took him into custody. He has been charged with criminal trespassing and improperly handling of a firearm in a motor vehicle.

Lockhart appeared in court again on Wednesday and plead not guilty.

Per the East Liverpool Municipal Court docket, he is not allowed to be in any contact with the property he trespassed on and is not allowed to possess any firearms, ammunition or weapons, including but not limited to knives, baseball bats and brass knuckles.

His bond was reportedly set at $10,000 and a motion for continuance has been filed to explore the issue of competency.

He is set to appear in court on November 15.

Police told FOX 8 that Lockhart believed he was a zombie hunter. They even refer to him as an “Apocalyptic Hunter” on Facebook.