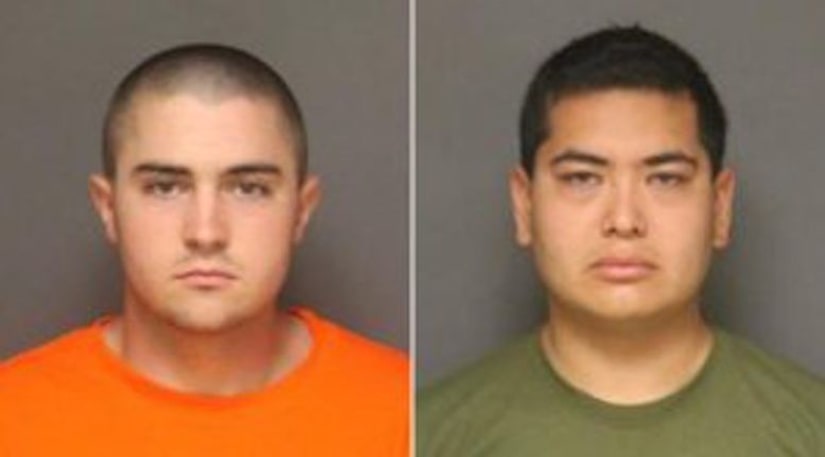 ORANGE COUNTY, Calif. -- (KTLA) -- An Orange County jury convicted an ex-U.S. Army soldier Thursday of three counts of murder for the shotgun slayings of a Fullerton couple and their friend in 2016.

Joshua Charles Acosta, 23, was found guilty of three counts of murder, along with the special circumstance of multiple murders and the special allegation that he personally used a gun in the crime. He faces life in prison without the possibility of parole at his sentencing hearing, scheduled for Dec. 14.

He was accused of carrying out the Sept. 24, 2016, killings with the help of co-defendant Frank Felix, 27, of Sun Valley, who is being tried separately for his alleged role in the killings.

Felix is accused of helping Acosta get a shotgun, driving him to the victims' home and waiting outside in a truck while Acosta snuck into the house, the Orange County District Attorney's Office said in a written statement. Inside were Christopher Yost, 34, his wife Jennifer Goodwill-Yost, 39, and their friend Arthur William Boucher, who was spending the night.