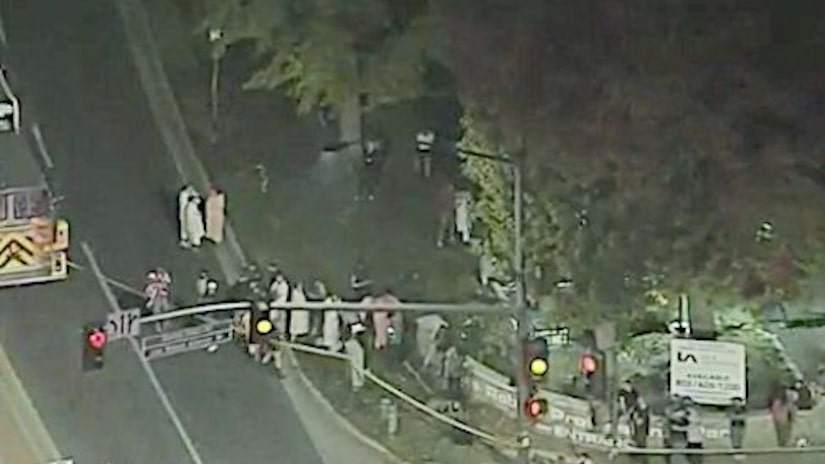 THOUSAND OAKS, Calif. -- (KTLA) -- Friends and family anxiously converged at the Borderline Bar in Thousand Oaks early Thursday to learn the fate of the hundreds of people who were inside when a gunman opened fire.

Chandler Gunn, 23, of Newbury Park, said his mom came to his room and told him about the shooting.

He rushed to the bar and called a friend who works there, who was also at the Route 91 Harvest music festival in Las Vegas last year when a gunman opened fire, killing 58 people and wounding hundreds. His friend told him that some type of tear gas was thrown into the bar. She saw smoke and heard gunshots and ran out the back toward nearby apartments.