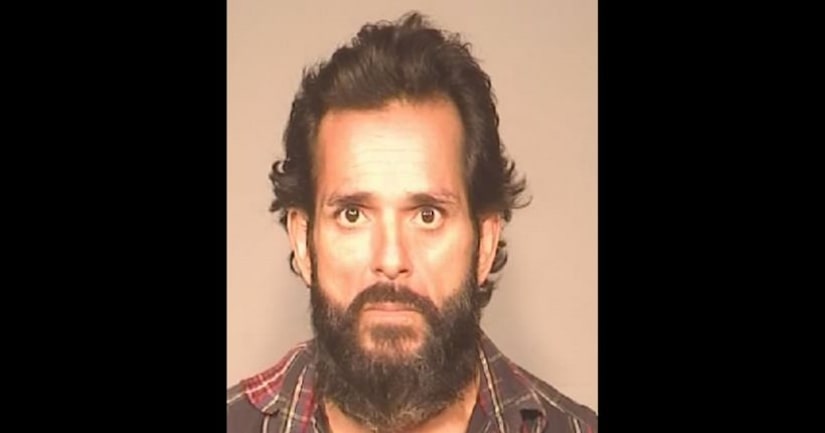 FRESNO, Calif. -- (KSWB) -- A man was arrested Monday evening in Fresno after attempting to hijack a bus full of elementary school students.

Forty-one students from Reagan Elementary School were returning from a science camp in Oakhurst when the bus driver stopped at a gas station in Fresno around 6:30 p.m. to let students use the restroom. While a teacher was escorting students off the bus, police told San Diego Union-Tribune, Christopher Martinez, 47, stepped inside and shouted to the driver that he needed to “go to the mission ... Jesus is coming!”

“I'm taking over the bus. Get out of your seat. I need to take the bus to San Gabriel Mission,” Martinez said, according to Fresno police spokesman Mark Hudson.

Martinez pulled the bus driver from her seat, saying he needed to take the kids with him, the Union-Tribune reported.

The woman removed the keys from the ignition, setting off an alarm, and yelled at the man to get off the bus, police told the Union-Tribune.

When the keys were removed, lights started flashing while an alarm sounded. The driver informed the man that the bus would not move while the alarm was on. She continued to shout at the man to leave. Martinez walked down the aisle to the back of the bus and returned to the front, but Hudson said the man did not touch any of the children seated on the bus.

The teacher joined the driver in demanding the man to leave. However, Martinez did not obey their requests until a gas station clerk stepped in and calmly asked him to get off the bus, Hudson told the Union-Tribune.

Martinez exited, and walked toward the nearby gas station as police arrived and took him into custody. Christopher Martinez was booked into a Fresno jail on suspicion of attempted carjacking and attempted kidnapping. He is being held on $27,500 bail, according to jail records.