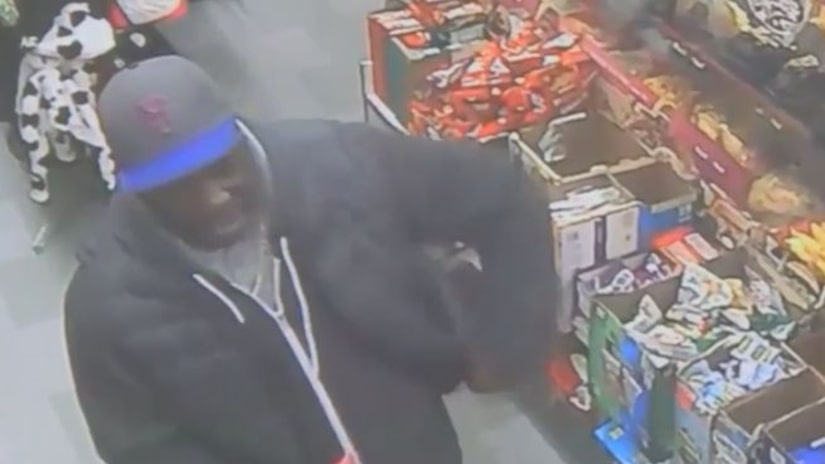 QUEENS, N.Y. -- (WPIX) -- A 13-year-old boy was sexually assaulted in Queens and police are now asking the public's help searching for the suspect who they say is known as "Mel."

Police say at about 5:20 p.m. on Sunday, "Mel" allegedly took the victim behind Hands Deli, located at 233-14 Merrick Bvld in the Laurelton section of Queens and forced him to perform a sexual act on him. He then fled the location.

The victim was transported to a hospital where he was treated for his injuries and released.

Surveillance video released by the NYPD shows the attacker inside Hands Deli.

Police say "Mel" is known to the victim, but they did not say in what way.

He is described to be approximately 6-feet tall and weighs approximately 250 pounds. He was last seen wearing a blue and gray NY Mets baseball cap, black sneakers, a gray t-shirt, black hooded sweatshirt, a black bubble vest and black jeans. He also has an earring in his left ear.