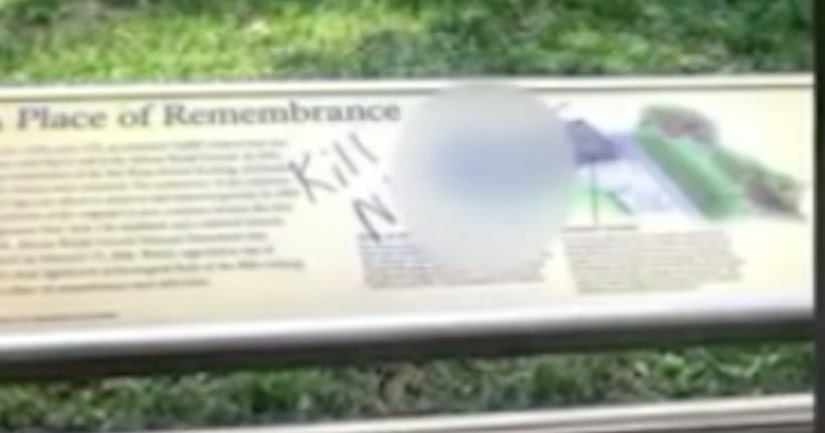 NEW YORK CITY -- (WPIX) -- Just one week after the murders of 11 Jewish congregants in Pittsburg, multiple hateful attacks in New York have the NYPD Hate Crimes Unit working to solve them quickly.

The African Burial Ground monument in lower Manhattan was defaced with violent graffiti on Thursday, according to the NYPD. Police say it happened around 11:30 a.m. on Thursday. Someone used black marker to write "kill N*****s" on a plaque at the site where 419 Africans are buried.

The monument sits directly across from 26 Federal Plaza and is just blocks away from federal and state court houses and City Hall. It's an area filled with surveillance cameras and police expect to yield a suspect shortly, according to police sources.

Just two days after the attack in lower Manhattan, a group of congregants at a Jewish community center on Franklin Avenue had their prayer service disrupted when a group of teens shattered a window with a pipe. Authorities have not released any suspect information, but a Rabbi told police he witnessed four young men fleeing after the hateful vandalism.