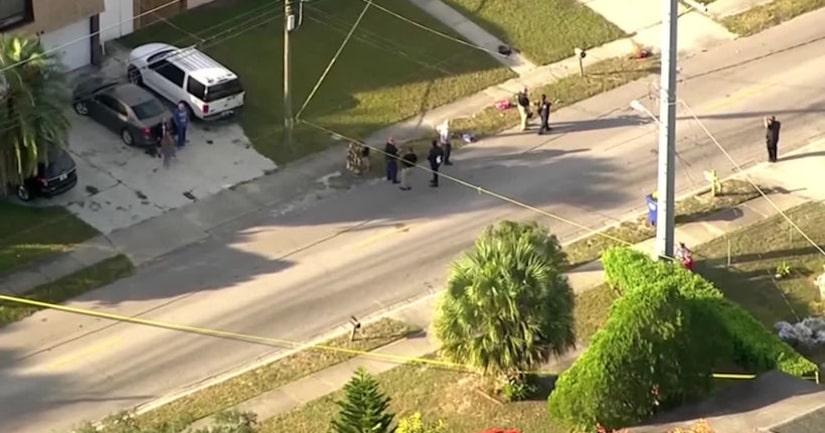 TAMPA, Fla. -- (KIAH) -- Seven people were rushed to the hospital Thursday after a car struck students at a school bus stop in Tampa, police said. It was at least the fifth time in three days that children were hurt or worse at a bus stop.

The other crashes occurred in Mississippi, Indiana and a second Florida city; in another Thursday incident, a second-grader was found dead on the side of the road by his house after being run over by a vehicle traveling at a slow speed.

In the Tampa crash, witnesses said a Ford Escort driving at a high rate of speed in a residential area hit several pedestrians on the side of the street, Tampa police spokesman Eddy Durkin said. Police later said it was unclear whether the driver was speeding.

Images from the scene show backpacks scattered on the shoulder.

Two adults and five children, two with serious injuries, were taken to hospitals, Durkin said. One child is in critical condition. None of the injuries are considered life-threatening, he said. Three of the children are 6 years old, one is 9 and the eldest is 12.

The 47-year-old man who was driving and who stayed at the scene has not been charged, officials said.

The students attended a combined elementary/middle school about 16 or 17 blocks – a five-minute ride – from the bus stop, fire officials told CNN affiliate WFLA.

A fire truck responding to the scene crashed en route, and two first responders were taken to a hospital, a Tampa Fire Rescue representative told WFLA.

In central Pennsylvania, authorities reported that a 7-year-old Franklin Township boy Thursday morning was found dead at a bus stop.

At first, authorities thought a passing vehicle might have hit him and the driver fled, but later they said they had ruled that out.

“Evidence has shown that the child was run over at a slow speed,” the state patrol said on Troop G's twitter feed. “A search warrant was obtained for a vehicle that was in the area at the time. The driver has been interviewed.”

“The bus driver on route arrived at the stop discovering the situation, contacted 911 and remained at the scene until first responders arrived,” Tyrone Area School District Superintendent Cathy Harlow said on Facebook.

Thursday's incidents come two days after a driver killed a 9-year-old girl and her two brothers who were crossing the street to catch a school bus in rural Indiana, police said.

Alivia Stahl tried to shield her younger brothers when they were struck, her uncle told CNN affiliate WRTV in Indianapolis. Another student was airlifted to a hospital in Fort Wayne.

A woman was arrested and charged with three counts of felony reckless homicide in connection with the deaths. She was released on $15,000 bail.

On Wednesday, a kindergartner was injured crossing the street to board a school bus in Tallahassee, Florida, when a 19-year-old man hit the child after realizing too late that the bus was stopped and its crossing arm was extended, police told CNN affiliate WCTV.

The teen driver was issued two traffic citations, the station reported. The boy is home and doing well, his family told WCTV.

The man, who was driving a pickup truck, hit a 9-year-old as the youngster crossed the road to get onto a school bus, police said. His bail was set at $10,000.

From 2006 to 2015, there were 1,313 people killed in school transportation-related accidents, according to the National Highway Traffic Safety Administration. The majority killed were occupants in other vehicles, while about 102 victims were classified as school-age pedestrians, the agency said.

Sixty-four percent of the children killed were stuck by a bus or a vehicle serving as a bus, while 36 percent were hit by other vehicles, it said. 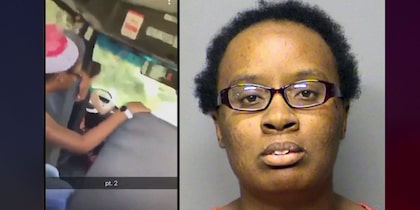 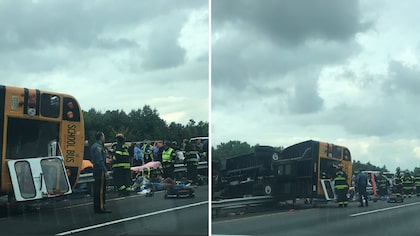 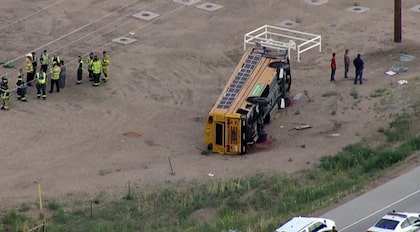 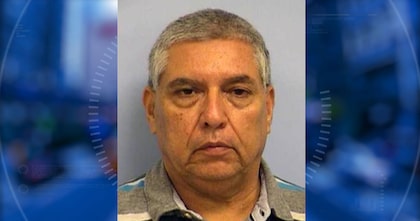