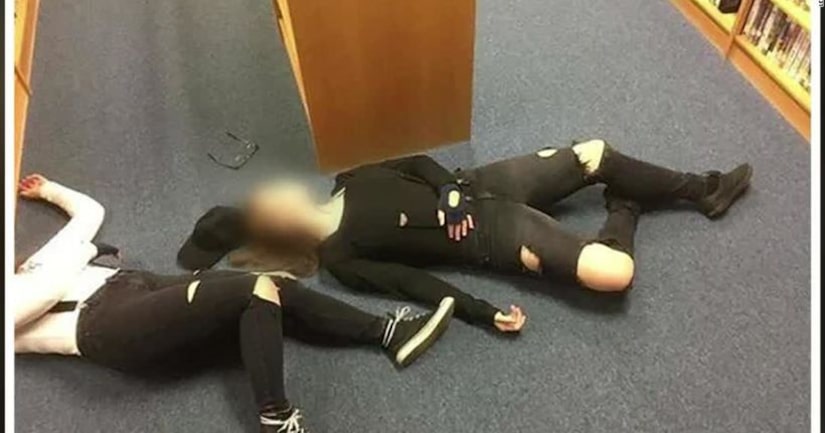 ADAIR COUNTY, Ky. -- (WXIN) -- For Halloween, two high school girls in Adair County, Kentucky, about 120 miles south of Louisville, decided to dress up as Dylan Klebold and Eric Harris, the two teenagers who carried out the Columbine High School massacre in 1999.

After their photo went viral on Halloween, the girls were suspended for three days, according to CNN affiliate WLEX-TV. The photo showed the girls on the floor in the school's library, WLEX reported, which mimicked the eerie photo of the two Columbine shooters after they killed themselves in the Columbine library.

“Our personnel are continuing to investigate the facts and circumstances surrounding this matter,” the statement read. “The suspension for the two students has been extended as we continue the investigation.”

The father of one of the girls told WLEX the duo acknowledges they made a mistake, but says the school blew the whole situation out of proportion. The father also told WLEX the girls have received death threats.