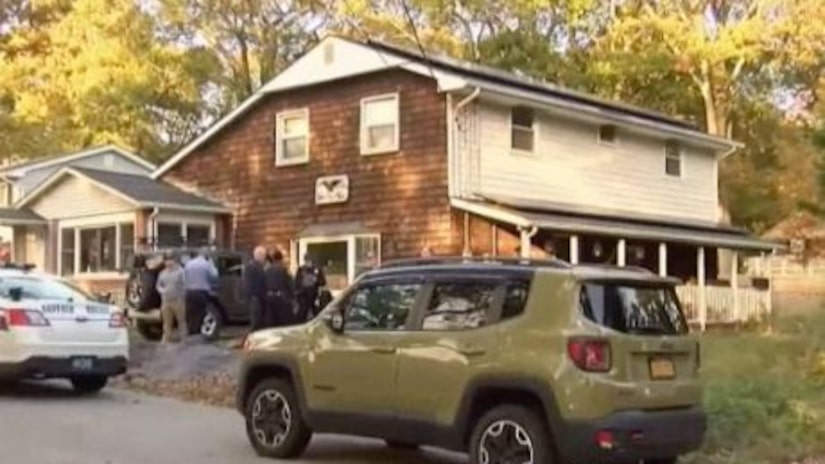 Authorities said Michael Carroll, 57, was excavating his basement when his two adult sons discovered what appeared to be human remains.

Police were called to the Lake Grove home in the vicinity of Olive Street and Magnolia Avenue shortly after.

Preliminary investigation revealed Michael's parents, George and Dorothy Carroll, owned the home in 1957; and Michael and his siblings lived in the house with their parents.

According to police, George has been missing since 1961, and Dorothy died in the 90s. Michael is the current homeowner.