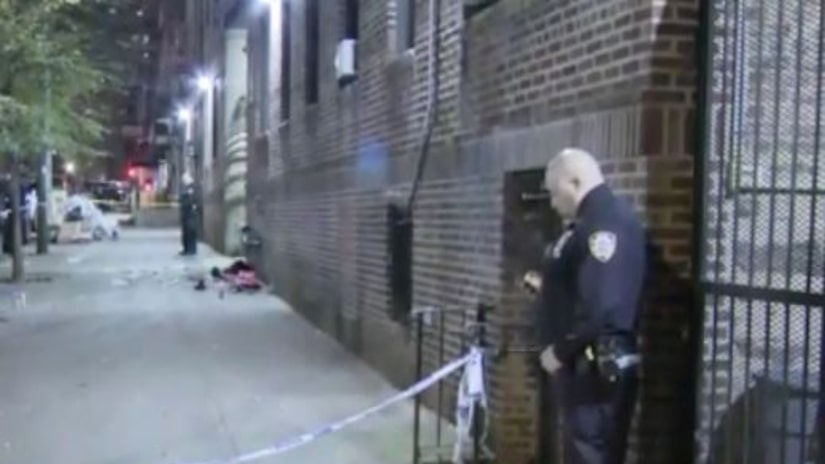 NEW YORK CITY -- (WPIX) -- Police are searching for the masked gunman who shot a man and a woman in Washington Heights early Thursday.

A dispute erupted outside an apartment building along West 163rd Street and Broadway in Washington Heights when a man wearing a green hoodie and a white Halloween mask opened fire at about 2 a.m., police said.

A 17-year-old woman was shot once in the torso and a 21-year-old man was shot several times and was hit in the leg, chest and back, according to police.

Police sources say the male victim is a suspected gang member with a criminal history. He was on probation at the time of the shooting.

Investigators tell PIX11 they believe this was not a random attack.

Both victims were taken to the hospital for treatment, said cops.

A friend of the male victim who left right before the gunfire spoke to PIX11 exclusively, explaining what happened before the shooting.