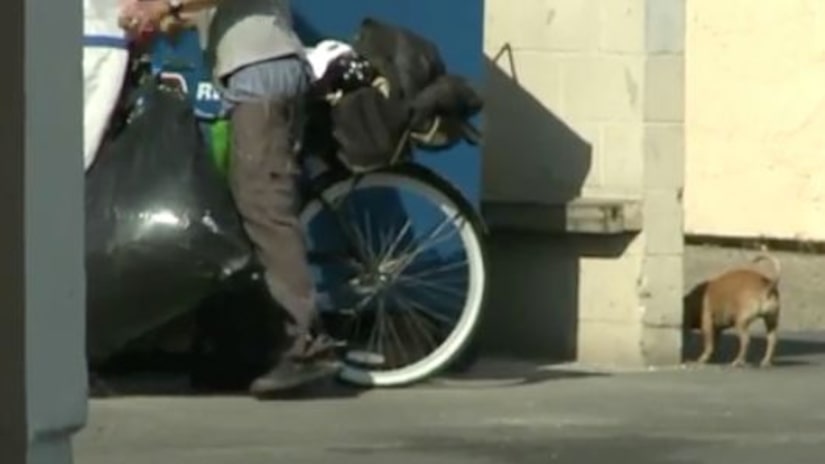 ANAHEIM, Calif. -- (KTLA) -- A woman's body that was stuffed in a bag and left inside a dumpster behind an Anaheim residential complex was discovered early Tuesday morning.

A person going through the dumpster in search of recyclables came across the bag, which appeared to be a type of suitcase, Wyatt said.

Investigators arrived at the scene and confirmed the bag contained a body.

"When officers and detectives got out there we did discover a deceased female body that was in some type of a luggage, either a suitcase or duffel bag," Wyatt told KTLA.

Detectives said the woman's body was intact and had not been dismembered.

Officials know little about the victim other than her gender and that she appeared middle aged.

"We don't know her name, where she's from — anything like that," Wyatt said.