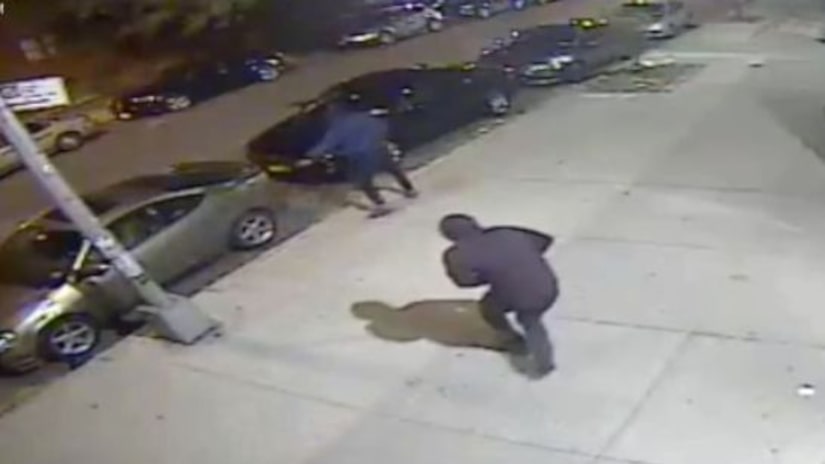 THE BRONX, N.Y. -- (WPIX) -- An off-duty NYPD cop was shot by a stray bullet in the Bronx early Monday morning, police said.

The cop was sitting in the driver's seat of his car near East 138th Street and Brook Avenue in the Mott Haven section of the Bronx at about 12:15 a.m. when he was grazed in the shoulder by a bullet.

Surveillance video released by the NYPD shows two men firing shots at the cop's car before coming into contact with two other men, who fired shots back.

Officials said the cop was an unintended target and caught among a fight between two groups.

The 33-year-old victim was transported to a hospital in stable condition and has since been released.