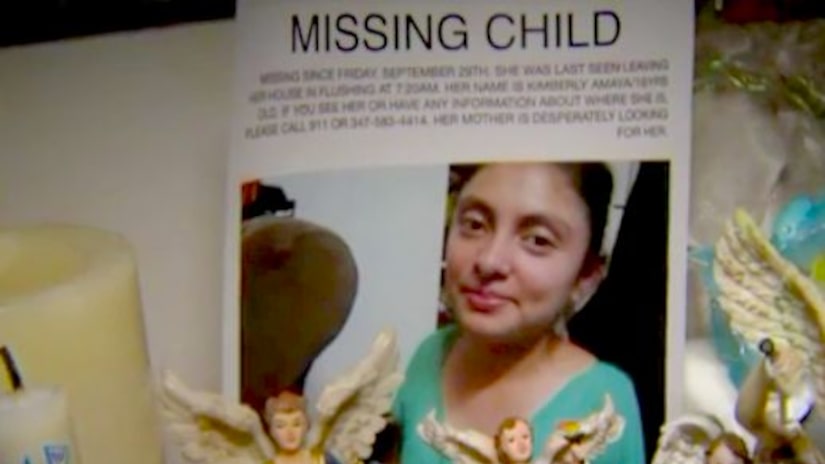 NEW YORK CITY -- (WPIX) -- The last time Margie saw her 14-year-old daughter, Kayla, the teen had spent just over a week in a psychiatric hospital and was eager to have a nice meal and do some shopping with her mother.

Margie works as a New York City employee and didn't want to be identified on camera. But her voice shook with emotion as she shared her story with PIX11.

“She left in the middle of the night,” Margie said of her daughter's most recent disappearance in August. “Whoever's harboring her has to be much older, because she's only 14.”

Margie shared the story of her daughter's spiral from dressing as a 12-year-old angel on Halloween two years ago….to acting out in class and yelling at teachers.

“They diagnosed her with bipolar,” Margie said of the psychiatrists who treated Kayla after a horrifying episode in July.

Margie said she received a call in the middle of the night from a strange guy.

“Come pick up your daughter,” the voice demanded.

“She was dropped off by a McDonald's by Bartow Avenue and Asch Loop, near Coop City,” Margie recalled.

“She was in a daze, so that's when I assumed they probably drugged her,” Margie said. “They cut her hair. They dyed her hair. She was wearing short shorts.”

“That's when I got the impression she was being exploited.”